I decided to get a bit more into bag making as a change.  I have  posted a few things in previous posts, here are a few more.

This a the diaper bag I made for my daughter-in-law.  I'm happy to say that it is being well used!  She doesn't use all the strap options (I didn't think she would) - but they are there if she needs them in the future.  This is a Sincerely Jen pattern called "The One with the Baby". 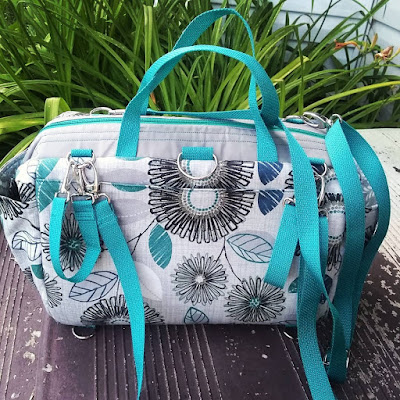 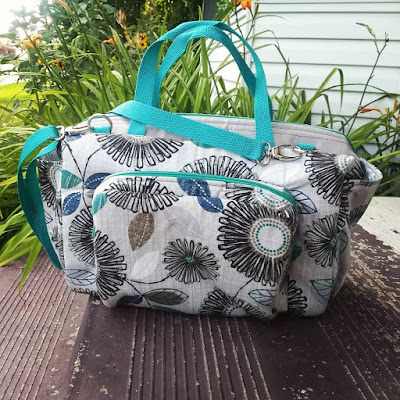 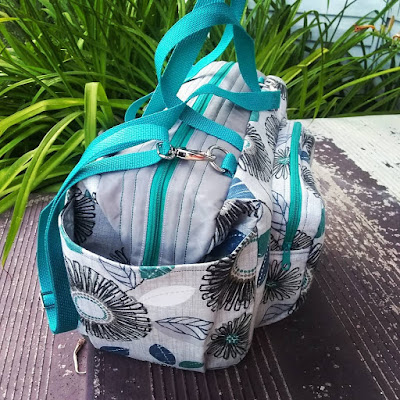 Side (above).
I bought the grey batik to use for the lining, but I had a request to use something waterproof.  So I used some Denier nylon with the pvc backing.  It's not the best thing to use but I had it.  It's a bit heavy/stiff.  But it seems to be working.  I think next time I'll try to find something lighter but still water resistant. 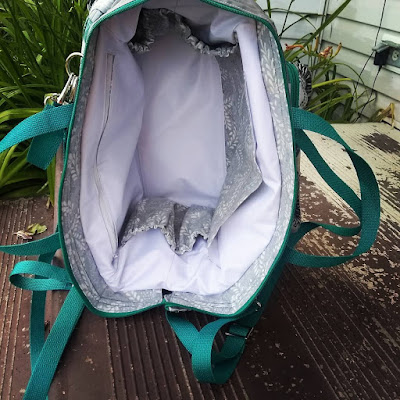 Inside (above).
Jess's Mom asked for a little phone/purse.  I made an experimental one last year but she wanted it to be a bit more protective of the phone - it was one layer of fabric.  So I did this one - again with Denier that I had.  She says this one is too stiff.  So I'll do a different one using regular fabric but will put some fusible fleece.  That will be coming up in the list in the next little while.  For this one I hacked an OhOh pattern called "Buddy ID Pouch". 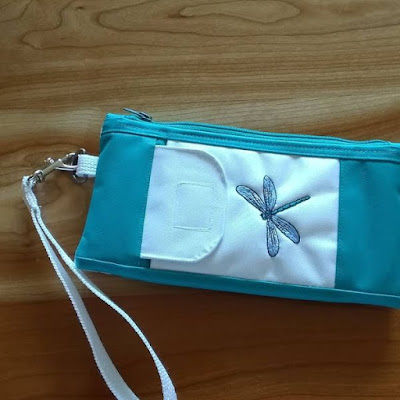 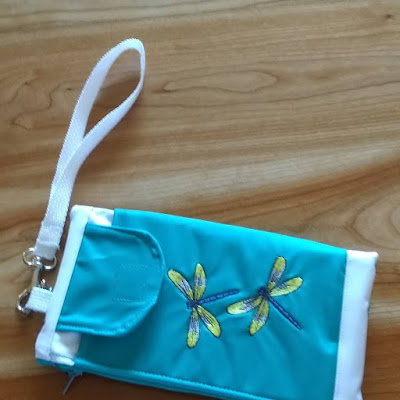 I made this purse about a year ago (below).  I've been using it all that time and it's starting to get a bit grubby so time for a new one.  I've been super happy with it.  Another Sincerely Jen pattern called "On a Break Crossbody". 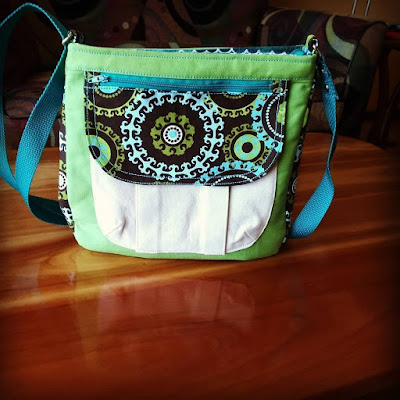 Then this year I signed up for the Bag of the Month Club.  This is the bag for January.  It's an Emmaline Bags pattern called "Mountain Saddle Bag". (below) 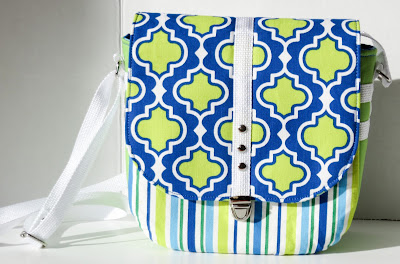 Here is the Feb pattern called "The Hope Handbag" by MrsH. (below) 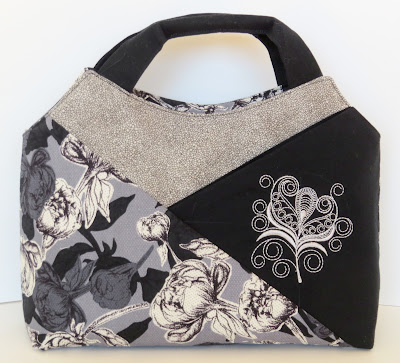 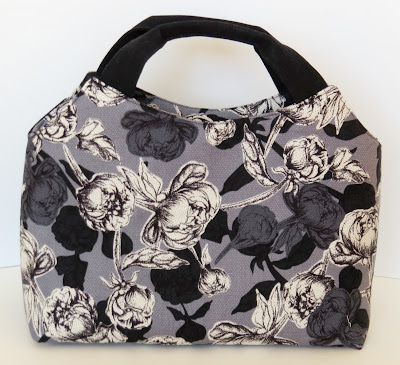 Bottom (above) - hard to see them but there are little "feet" on the bottom.
And March - "The Tumbleweed Toiletry Tote" by Blue Calla.  This one was particularly interesting as it has a "train case" bottom compartment.  I'd never heard that term before, but if you look closely, you can see there is a top part that is more or less like a regular purse and then the zip around the middle opens into a second compartment that has a little mesh zip pocket on the top (which is the bottom of the top compartment).  Does that may any sense???? 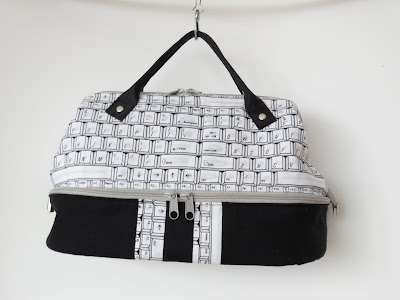 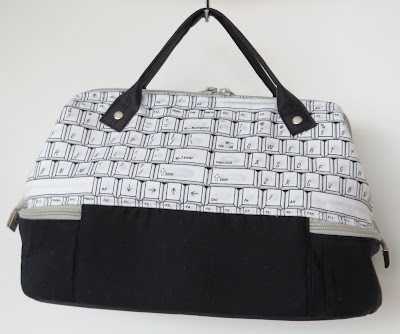 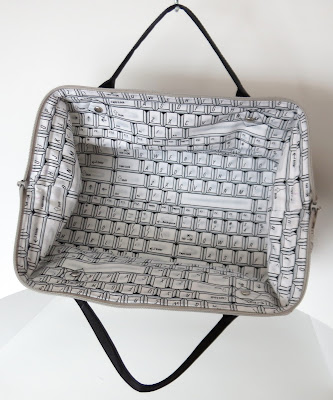 Opened from the top looking down (above). 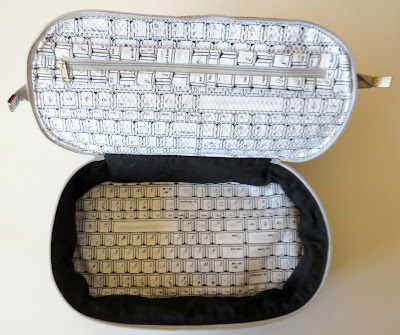 Middle zip opened and looking in the "train case" bottom section - the mesh zip pocket is on the top part here (above).
So that's my round up of recent bags.  There will be more in the future.
Posted by No Rules Quilting at 3:16 PM