(Rebel, Rebel - With apologies to David Bowie)  Song lyrics often pop into my head at moments like this.  I just pulled this "The Rebel" quilt off my frame.  This is such a cool quilt and such a simple concept.  It's a Libs Elliot design as pieced by my customer, Susan L.  Susan said she wanted "dense" quilting on it, which I interpret as "go crazy"!  So I did.  I love it - hope she will to - she' picking it up shortly. 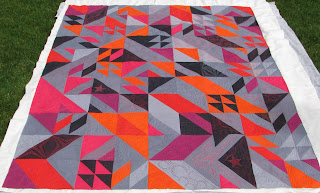 The quilting is random in one way, but not in another - I used a few motifs throughout the quilt in various forms (small, large, partial).  I some instances I "framed" sections.  There are, for example, three stars and a couple of places where I did some "graffiti quilting".  Then there are the "flowers" - using arcs.  I may have missed one or two in the pix.  I didn't want it to be too "girly" as I believe the quilt will be going to a young man. 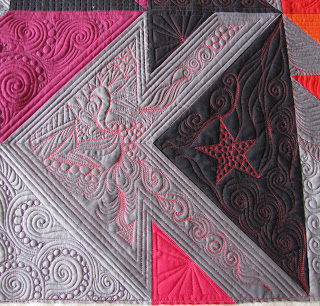 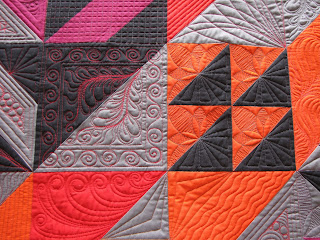 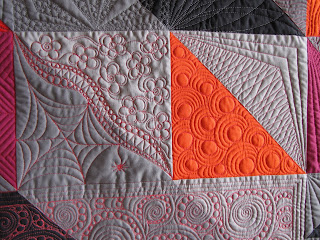 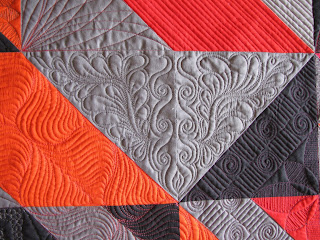 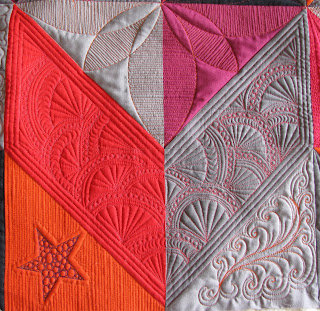 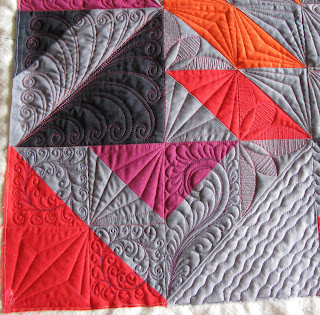 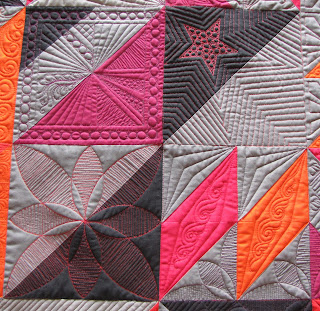 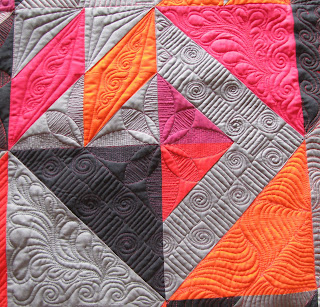 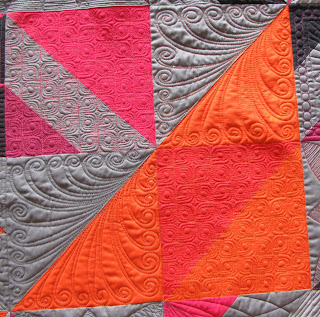 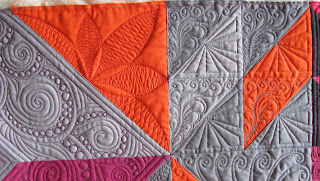 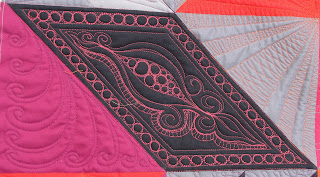 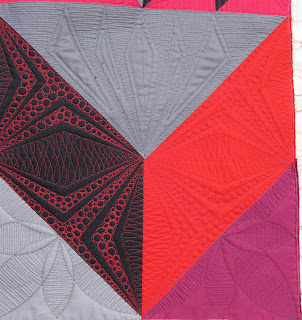 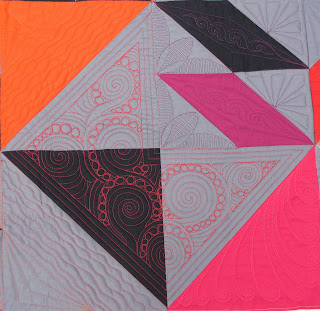