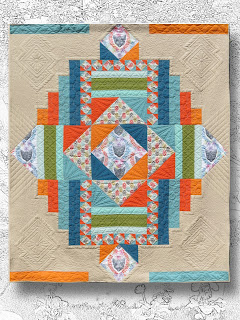 I'm very pleased to announce that my first pattern, Art Deco, is finished and is now available for purchase!  At the moment, in hard copy only at your LQS.  If you would like it but your favourite store does not have, ask them to bring it in.  Erie Quilt Art is my distributor.

I'm really happy with the pattern.  I've included a Colouring Sheet that can be copied and coloured to test out different colourways and/or to doodle a quilting design.  I've also included a diagram of the quilting design I used.  And as a bonus, if you scroll way down on the Art Deco tab at the top of the website, you will find a detailed tutorial on how to quilt it.  And - cutting diagrams that should be helpful.

Posted by No Rules Quilting at 10:54 AM No comments:

Playing With Art Deco and Checking Out cSPACE

Agnes and I went on an adventure on Thursday.

We had a guest (Natalie Gerber) at our quilt guild (Calgary Modern Quilt Guild) meeting who has a studio at cSPACE King Edward.  Neither of us had heard of this place until Natalie spoke about it, but it's open to the public so we decided to check it out.  I took my Art Deco quilt because I'm still trying to get a pix of it that will be good enough to put on the front cover of the pattern I've written for it.  I didn't get one, but we had fun trying.  As you can see, it was a beautiful day, the colours are pretty good in the sun, but I need to put it on a rod so the whole quilt is visible.  So the official pix will have to wait for another day.  Still - I hope to have the pattern released within the next few weeks - it's very close now! 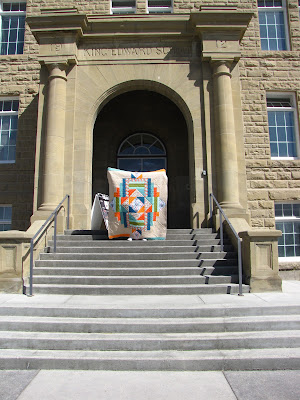 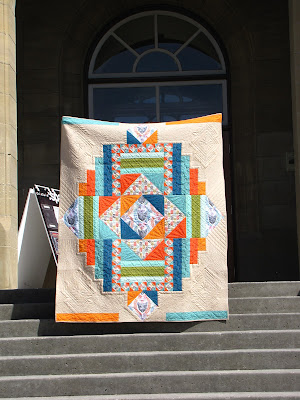 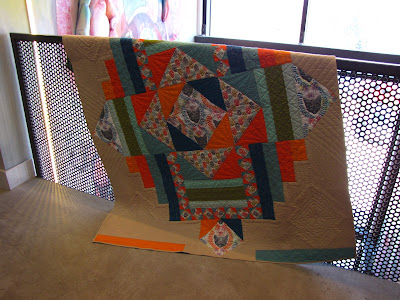 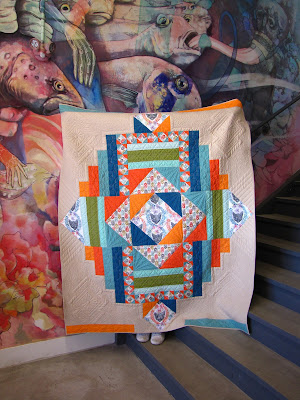 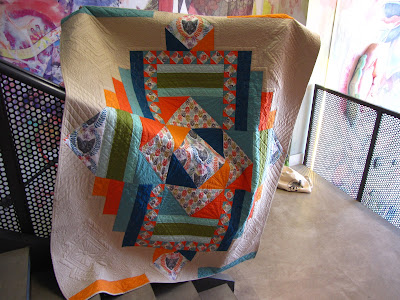 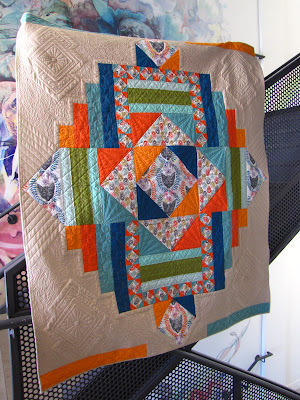 Of all the pix, this one would probably be best for my purposes, but it's inside, lighting not great, too much of an angle and Agnes still has to hold the corners so you can't see the top.

Still, we had fun checking out cSPACE.  It's a great "re purposing" of an old historic building.

Posted by No Rules Quilting at 10:06 AM No comments: