I've been quilting some fabulous quilts in the past few weeks. Some of them are included in this post.

Insects seem to be popular!  Kristie did a ladybug quilt and I used dragonflies as a quilting motif in one of my quilts.  I'll include a tutorial on how I did those if you're interested.

First up is a little quilt I made - paper airplanes.  I wanted to quilt it such that the planes look like they are blasting through space. 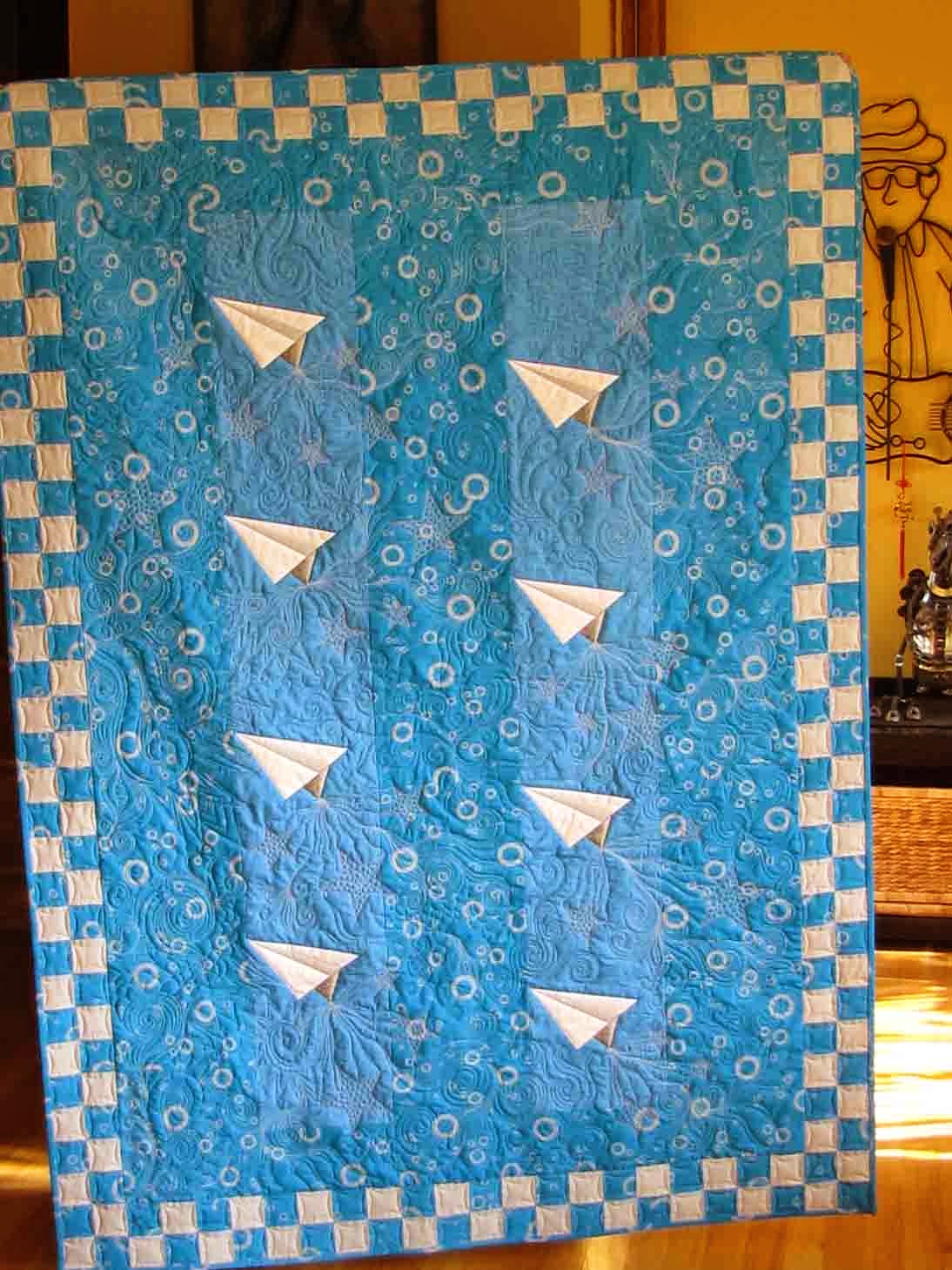 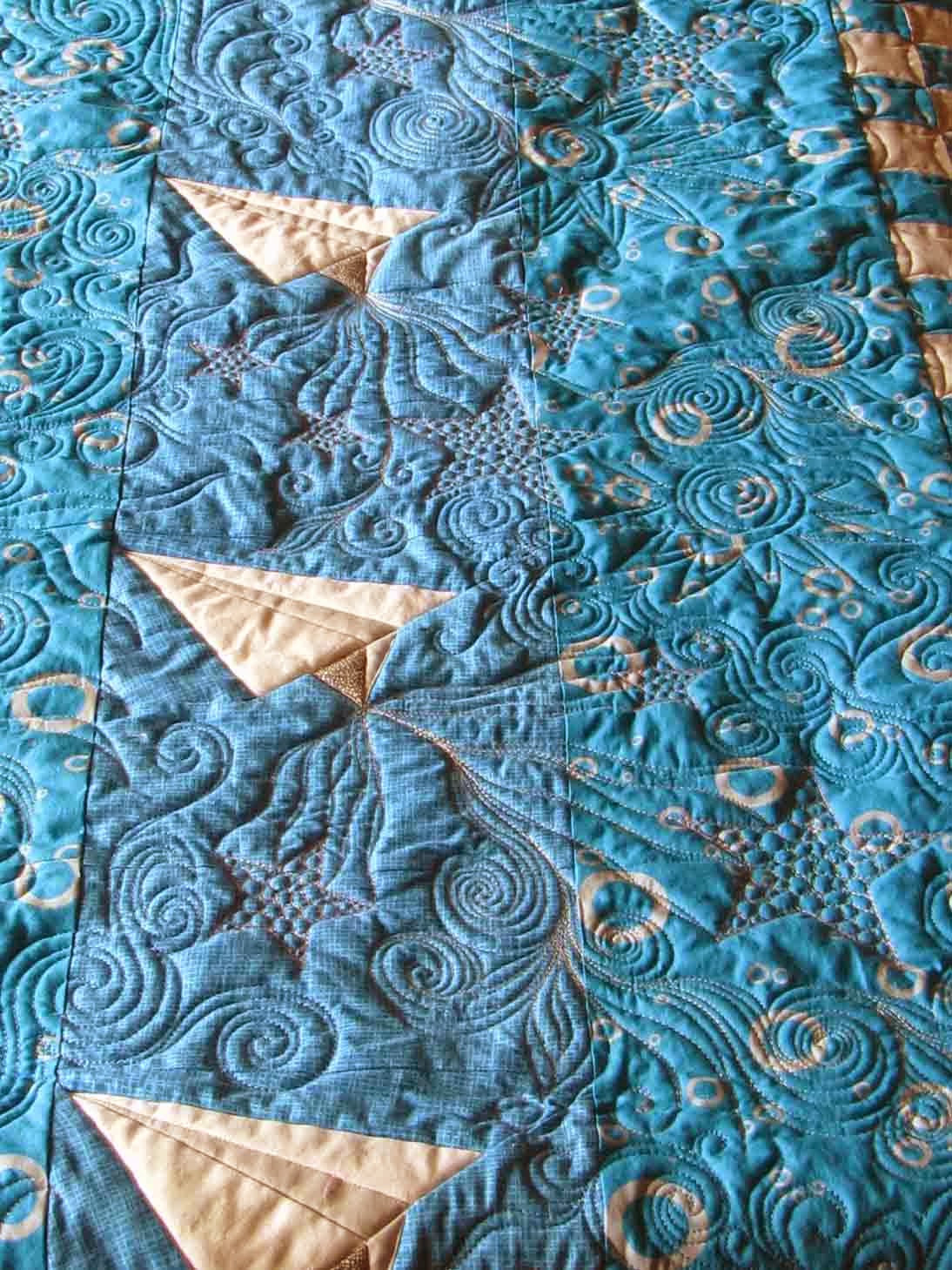 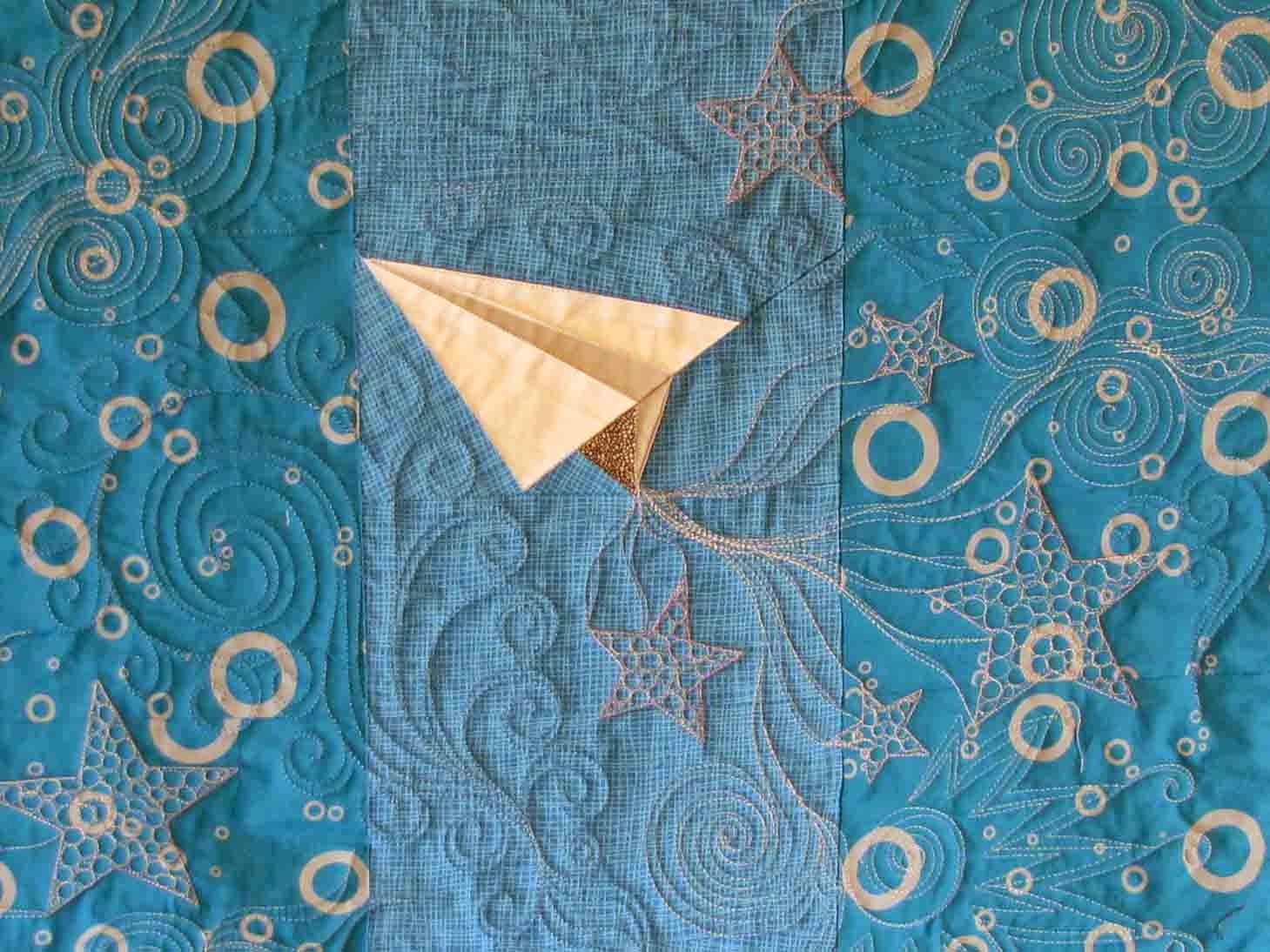 This is another of my quilts - made for my daughter-in-law's mother, who likes to get manicures.  DIL also told me that her mom really likes dragonflies.  Since I was using solids, I decided to incorporate dragonflies into the quilting. 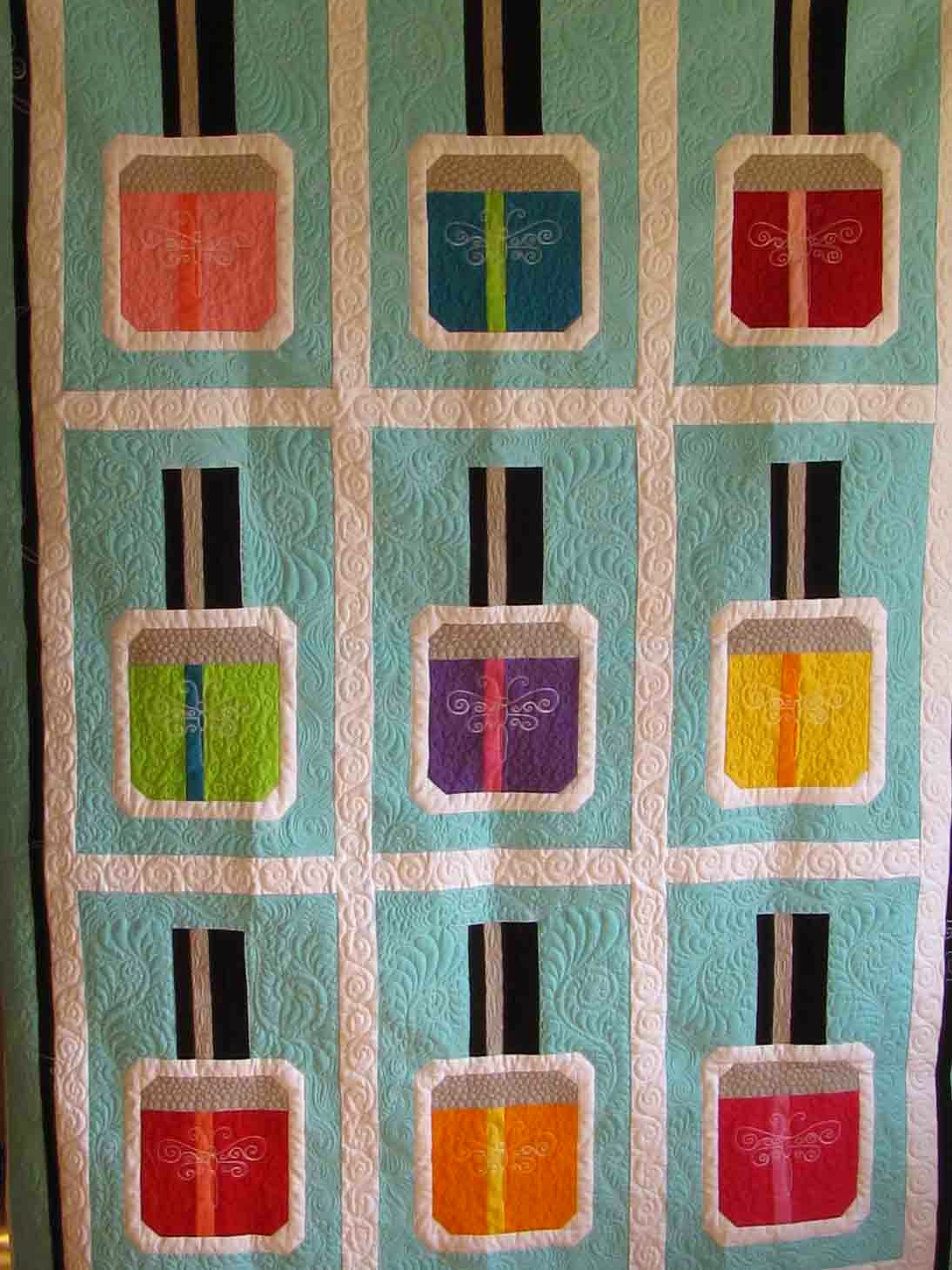 This would be a "modern" quilt because of the use of solids and the not traditional block design.  Typically I would quilt something like this with a more modern style of quilting, but because I was using dragonflies as a motif, I thought something more whimsical would be appropriate.  I put a dragon fly on each bottle to sort of look like a label or logo - and I placed dragonflies in the border. 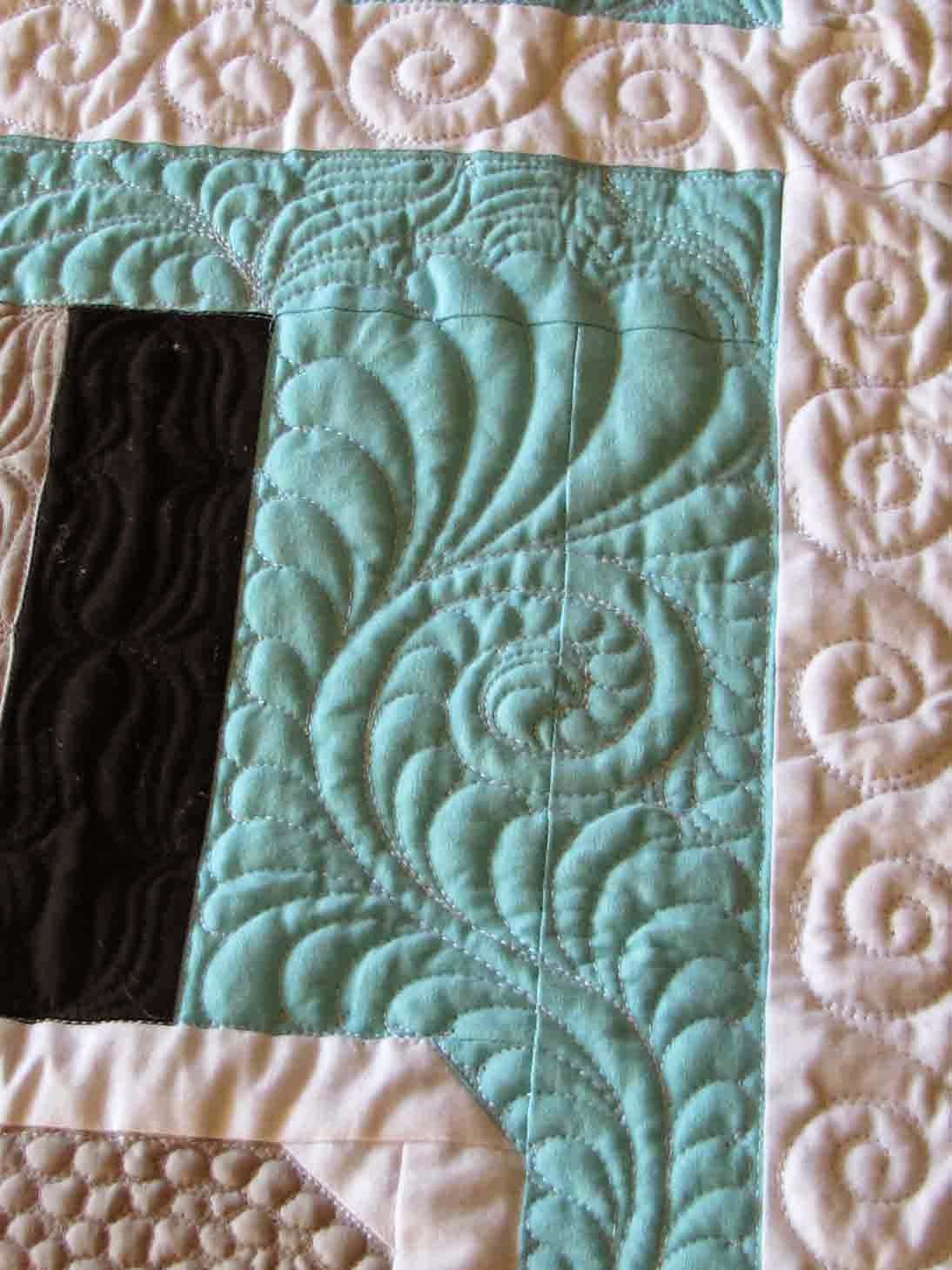 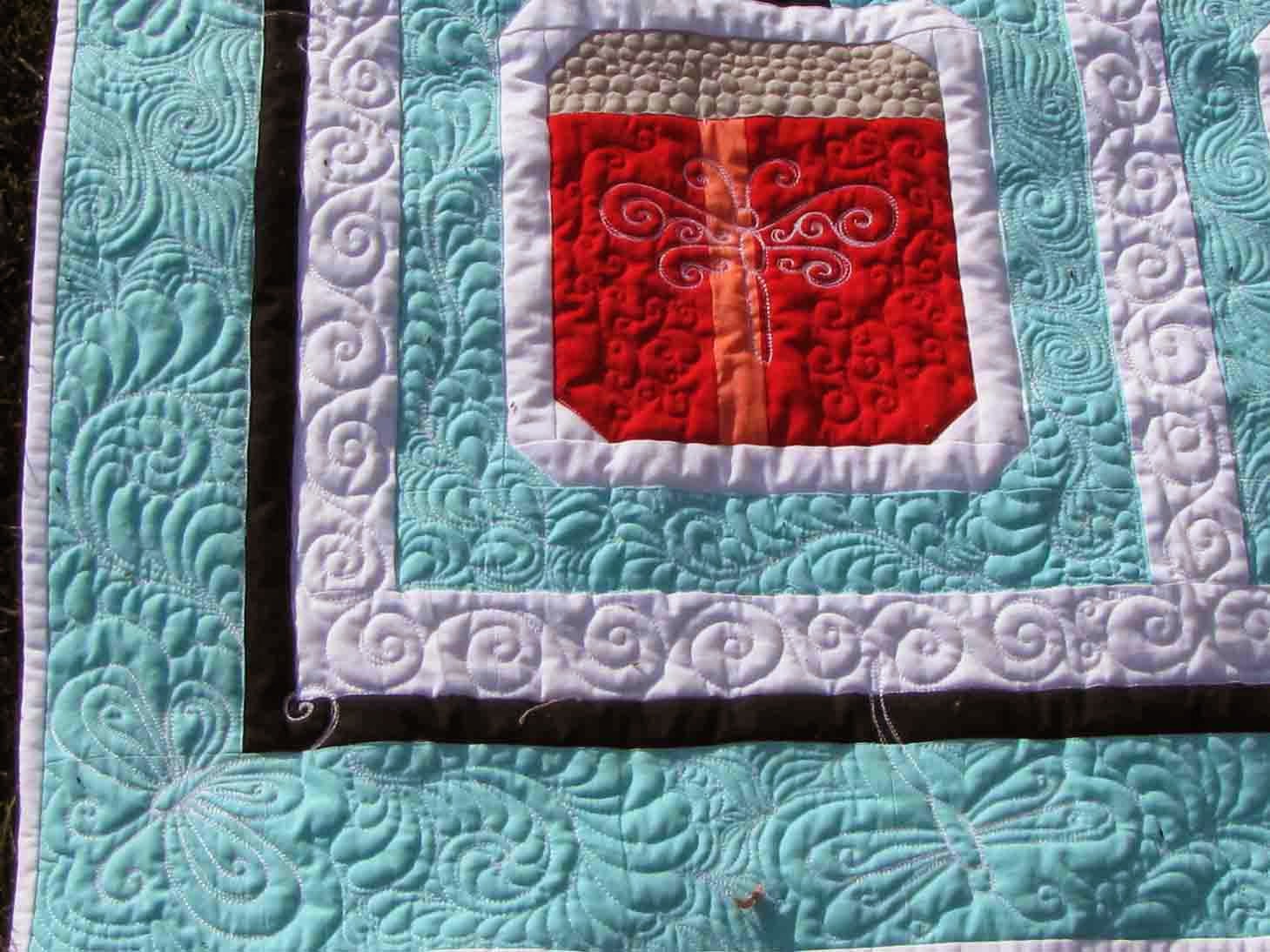 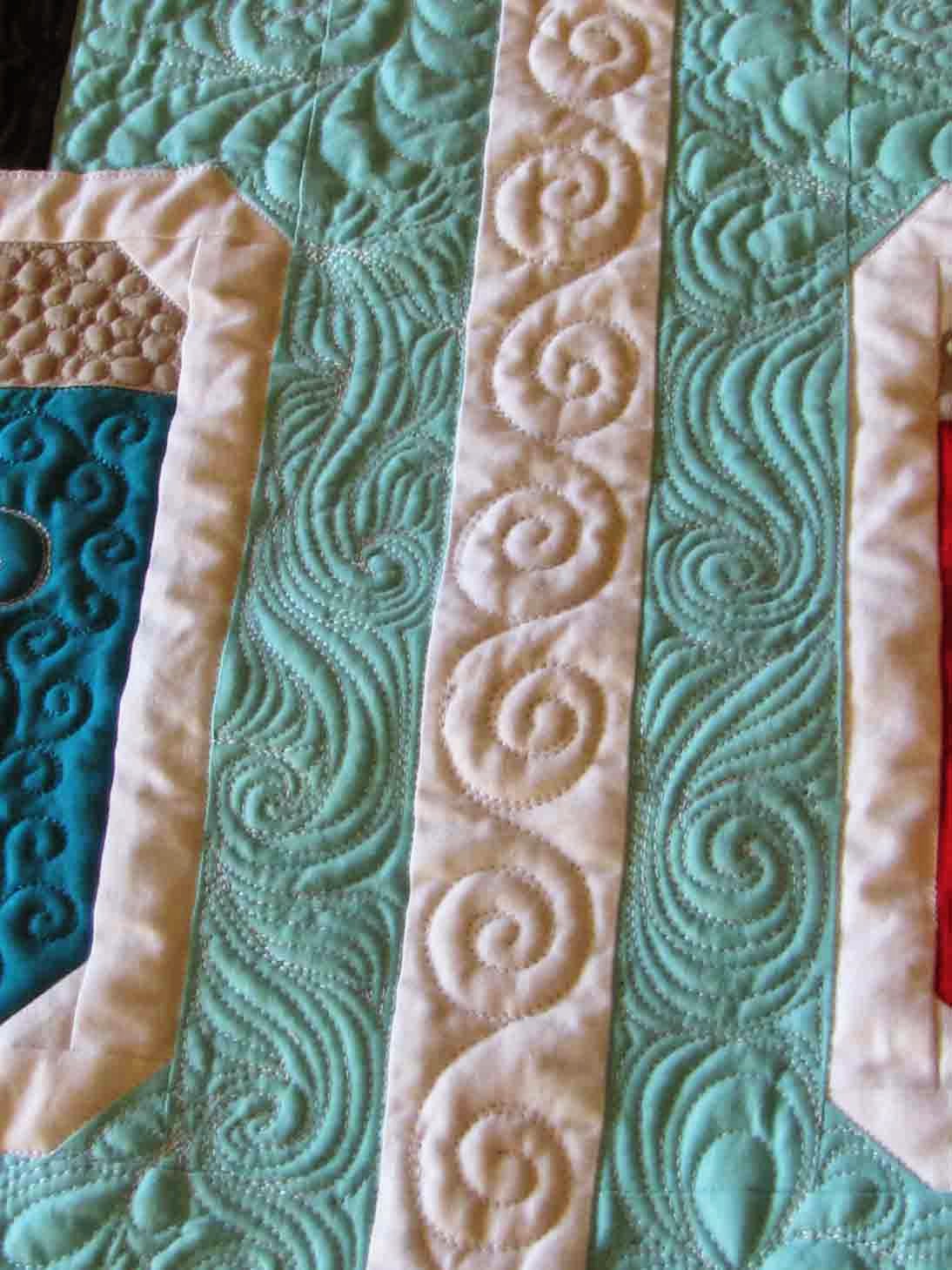 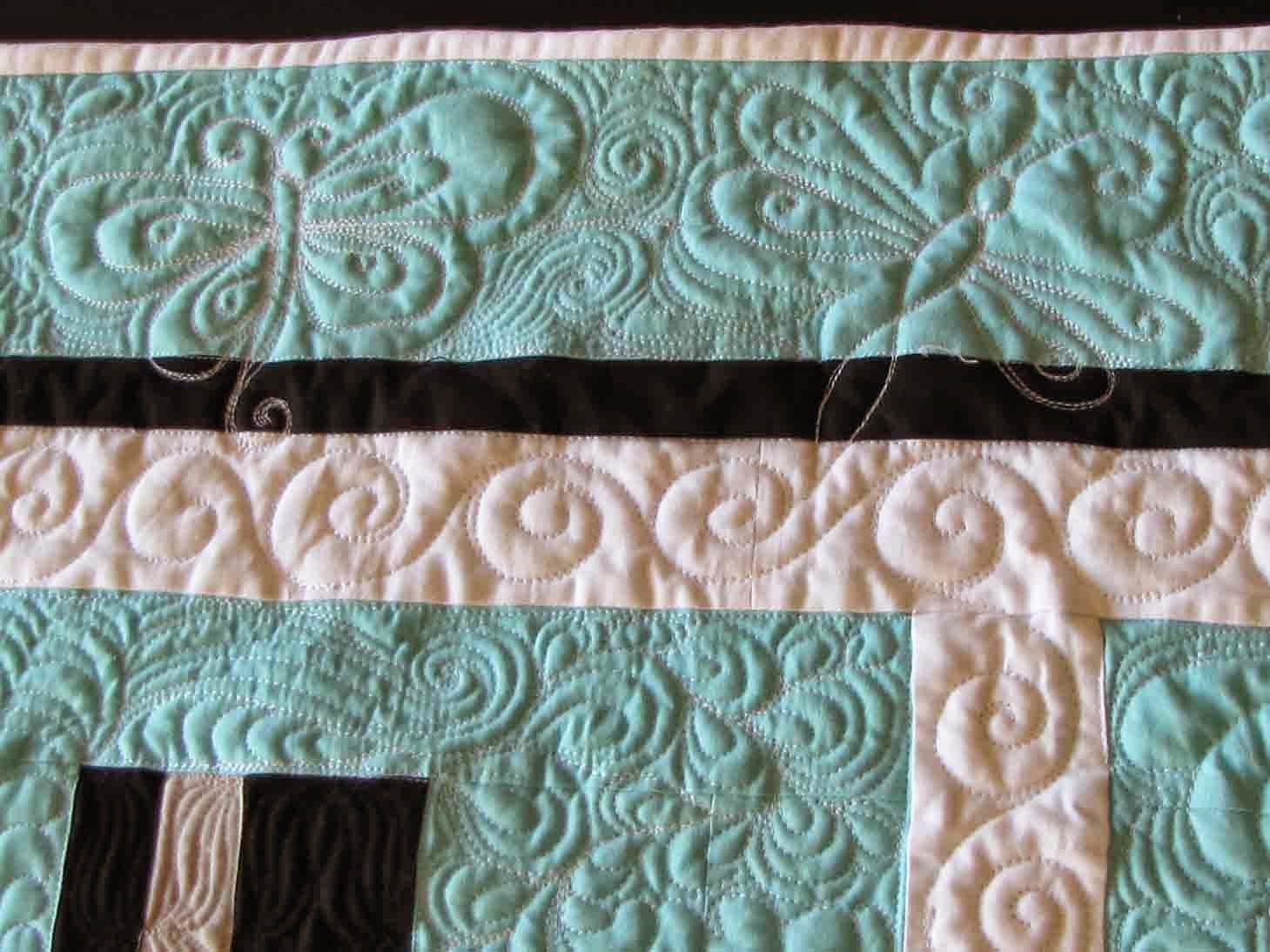 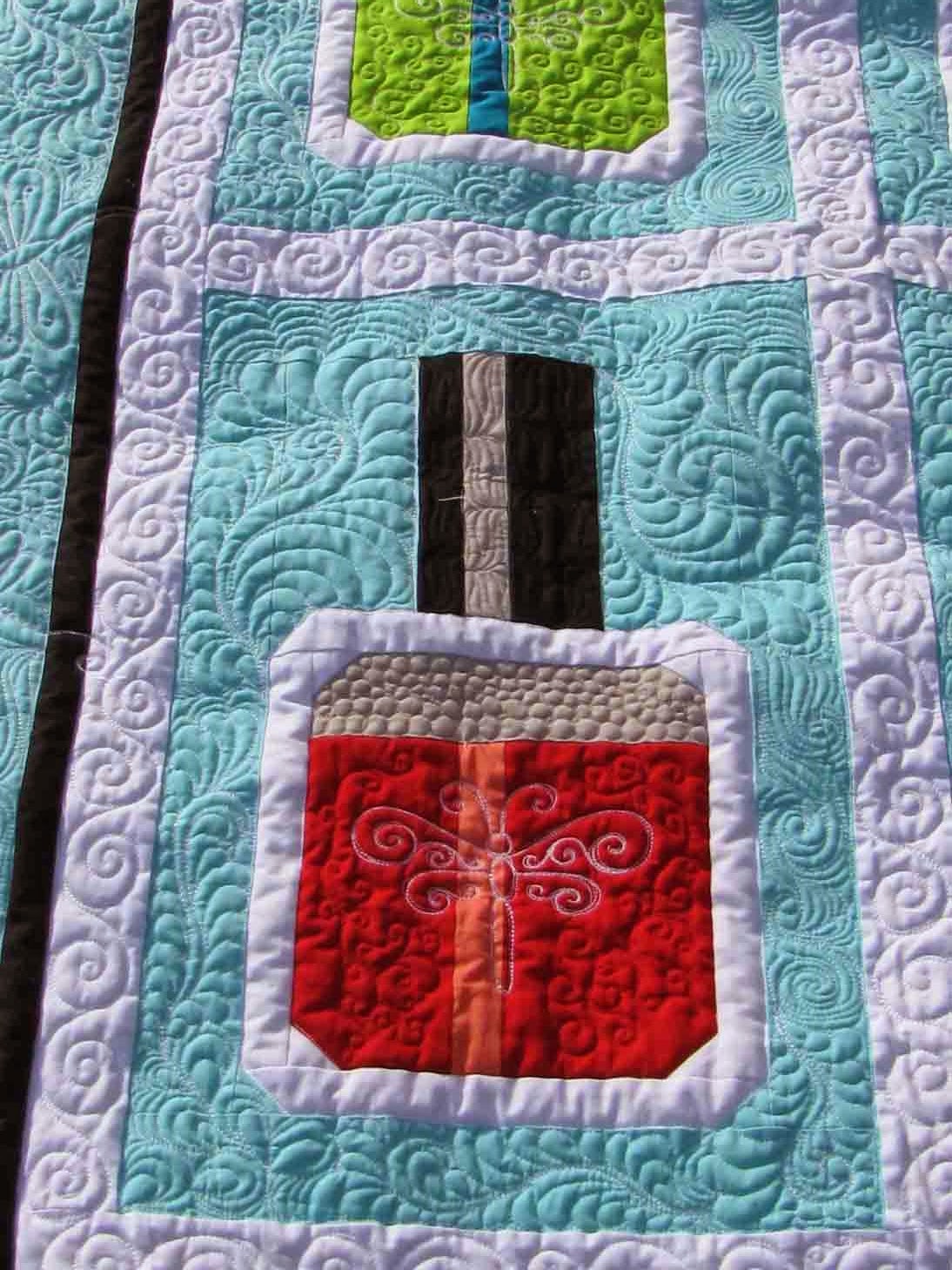 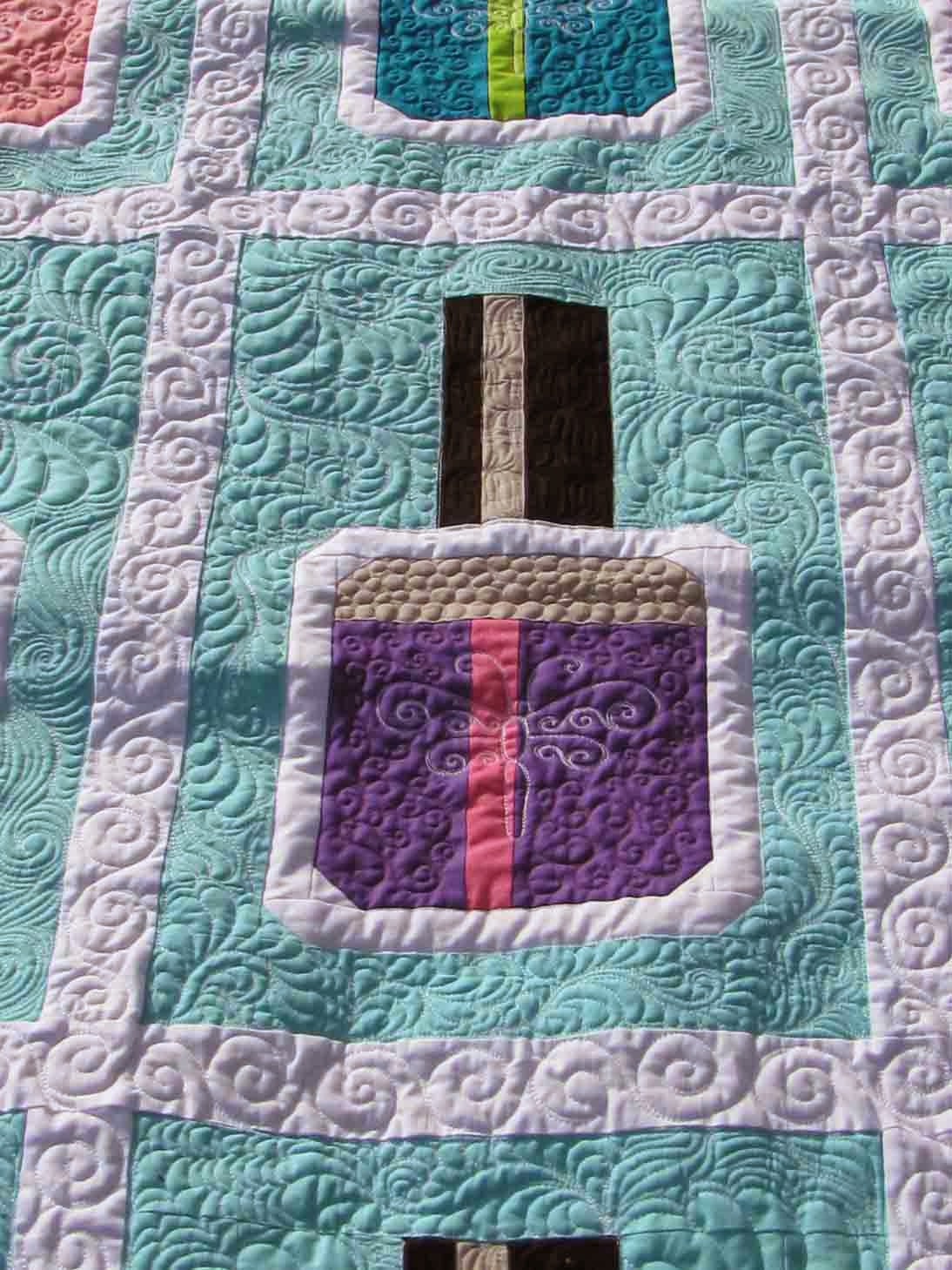 Here's how I did the dragonflies:
First I found a few illustrations of dragonflies using Google (one of the best quilting tools!), then I right-sized them and printed them and cut them out. 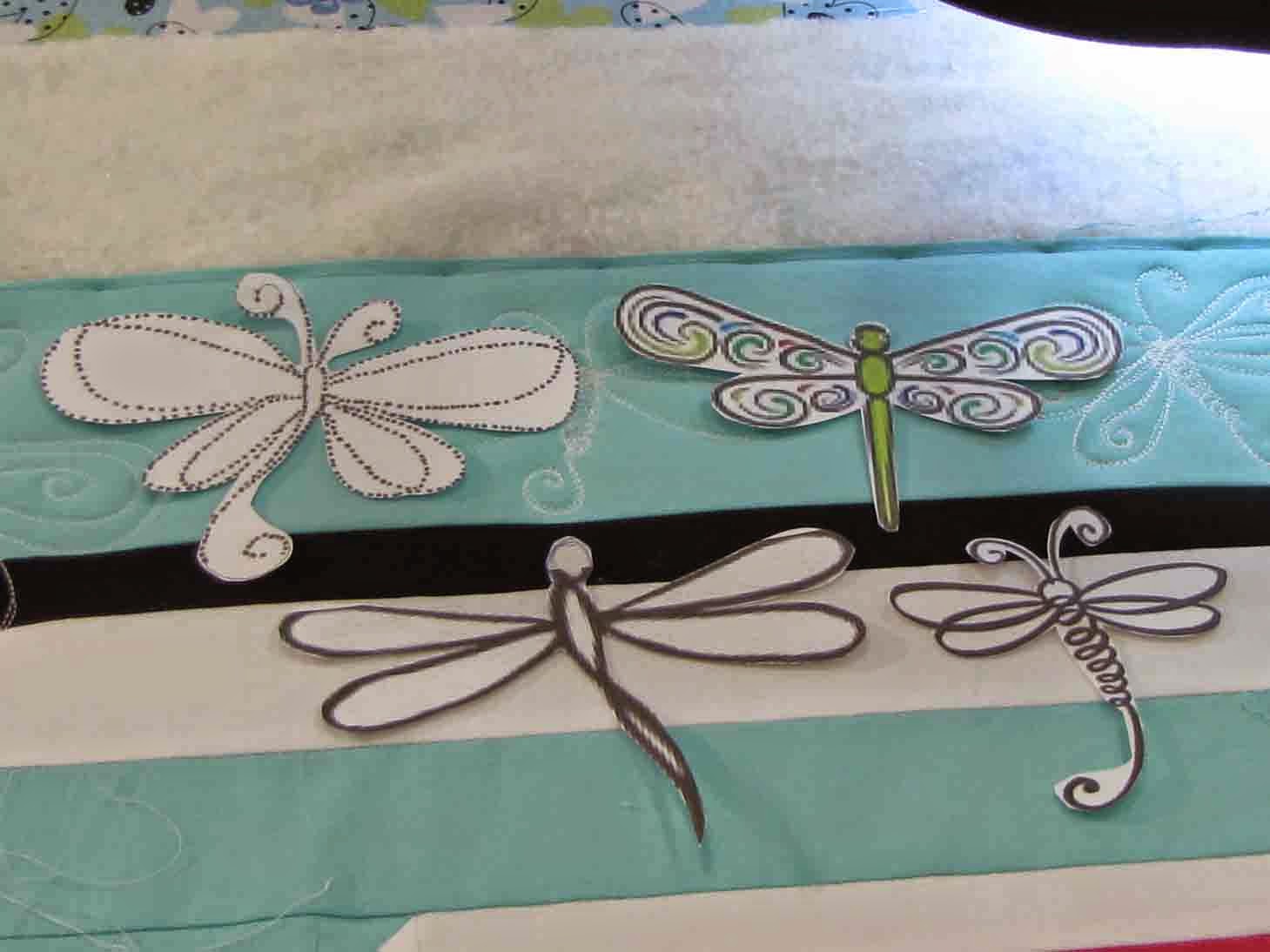 Each time I wanted a dragonfly, I chose the one I wanted to use, then drew around it using an air soluble marker. 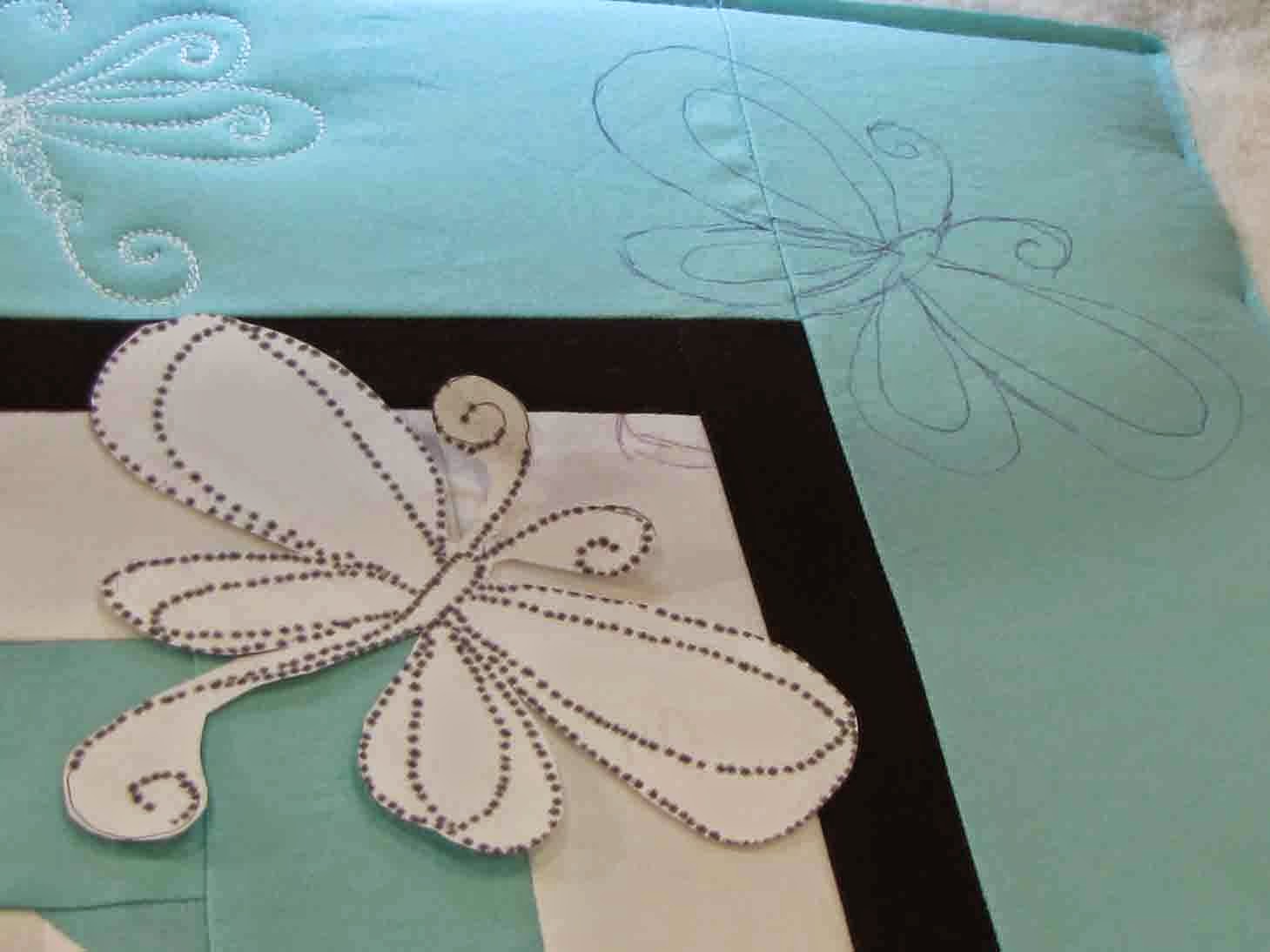 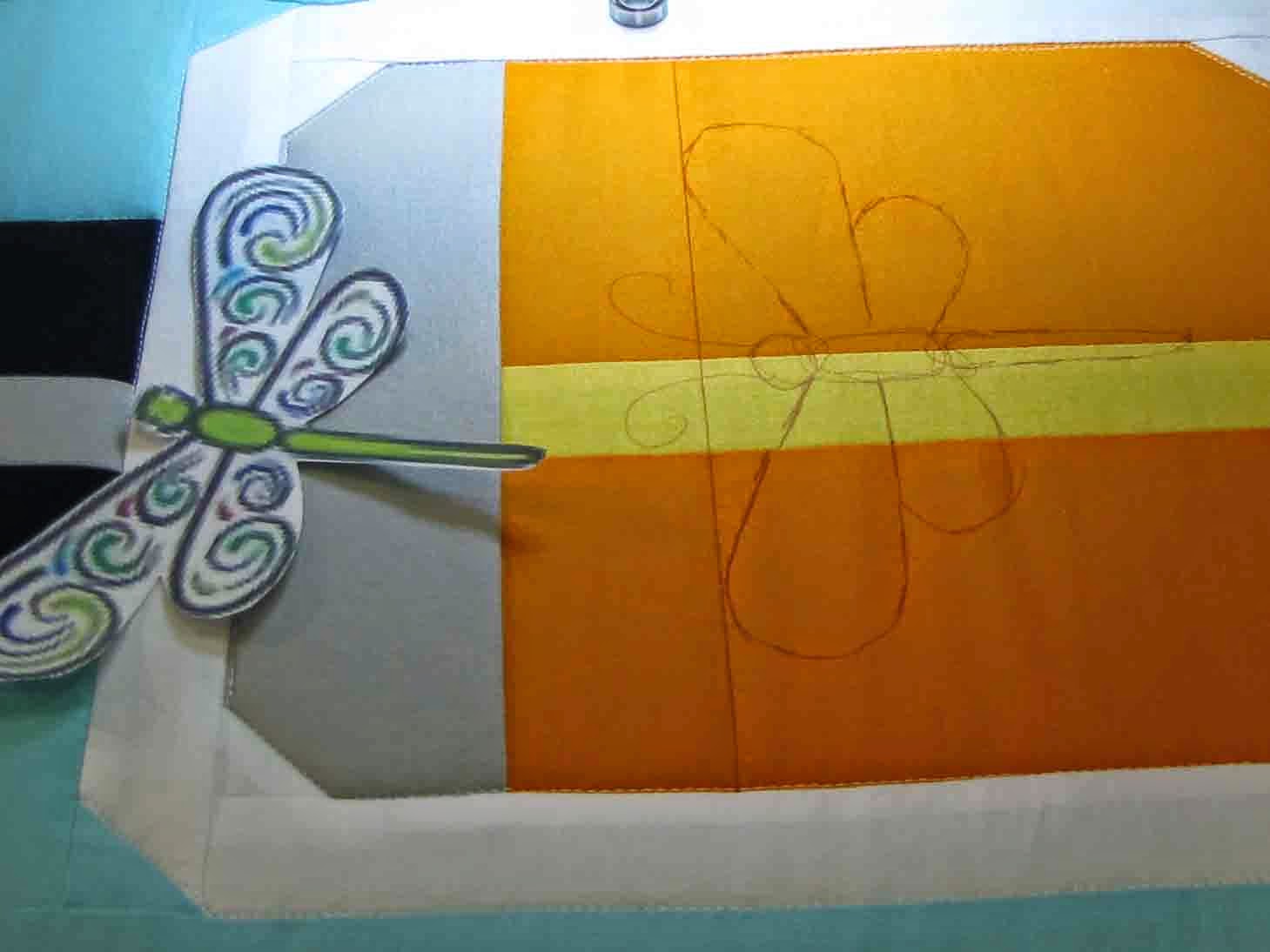 This provides and outline or "skeleton".  From there - it's all freehand, baby!  It's like drawing with thread.   I stitched around the dragonflies three or four times so they show up a bit. 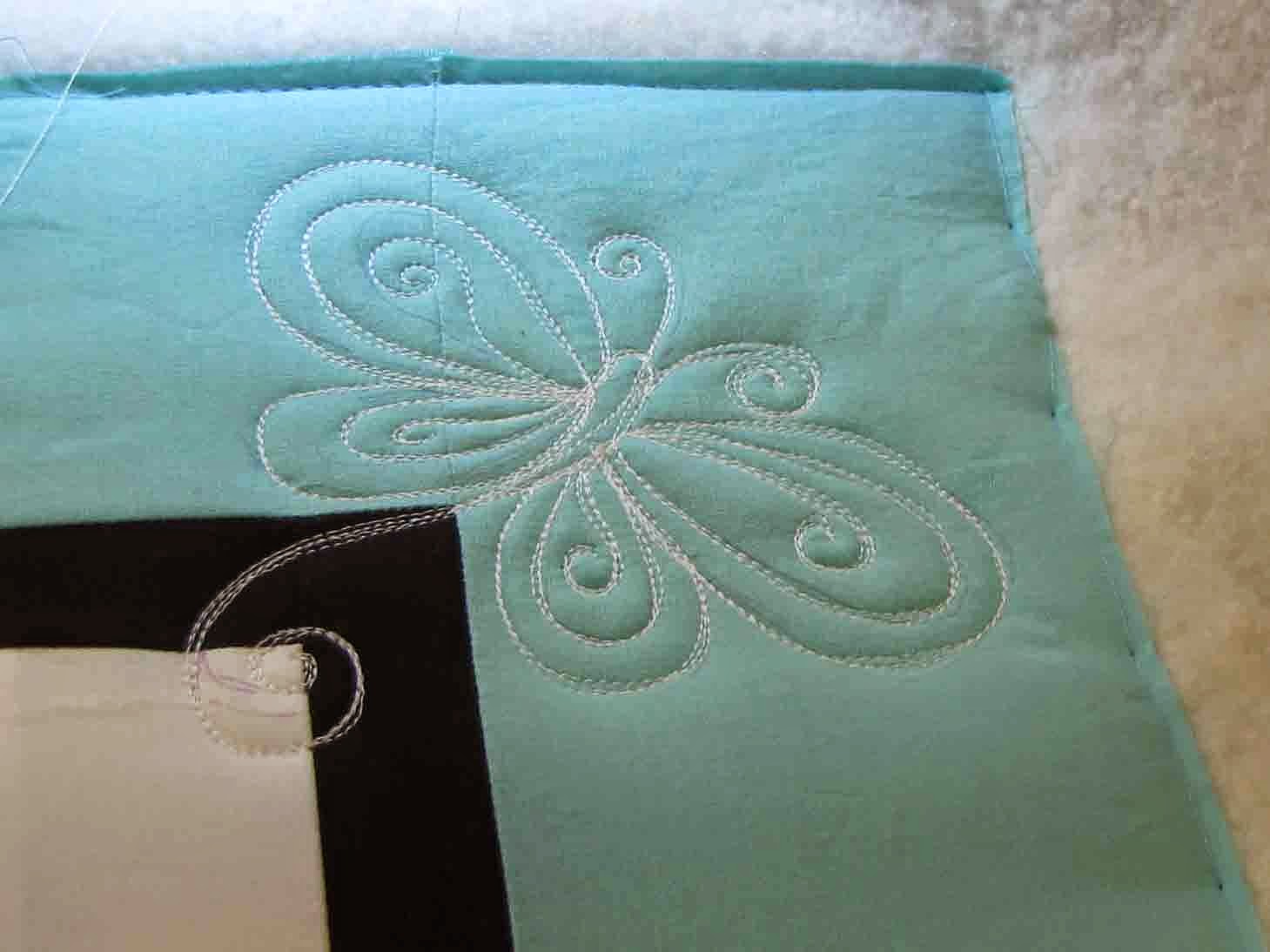 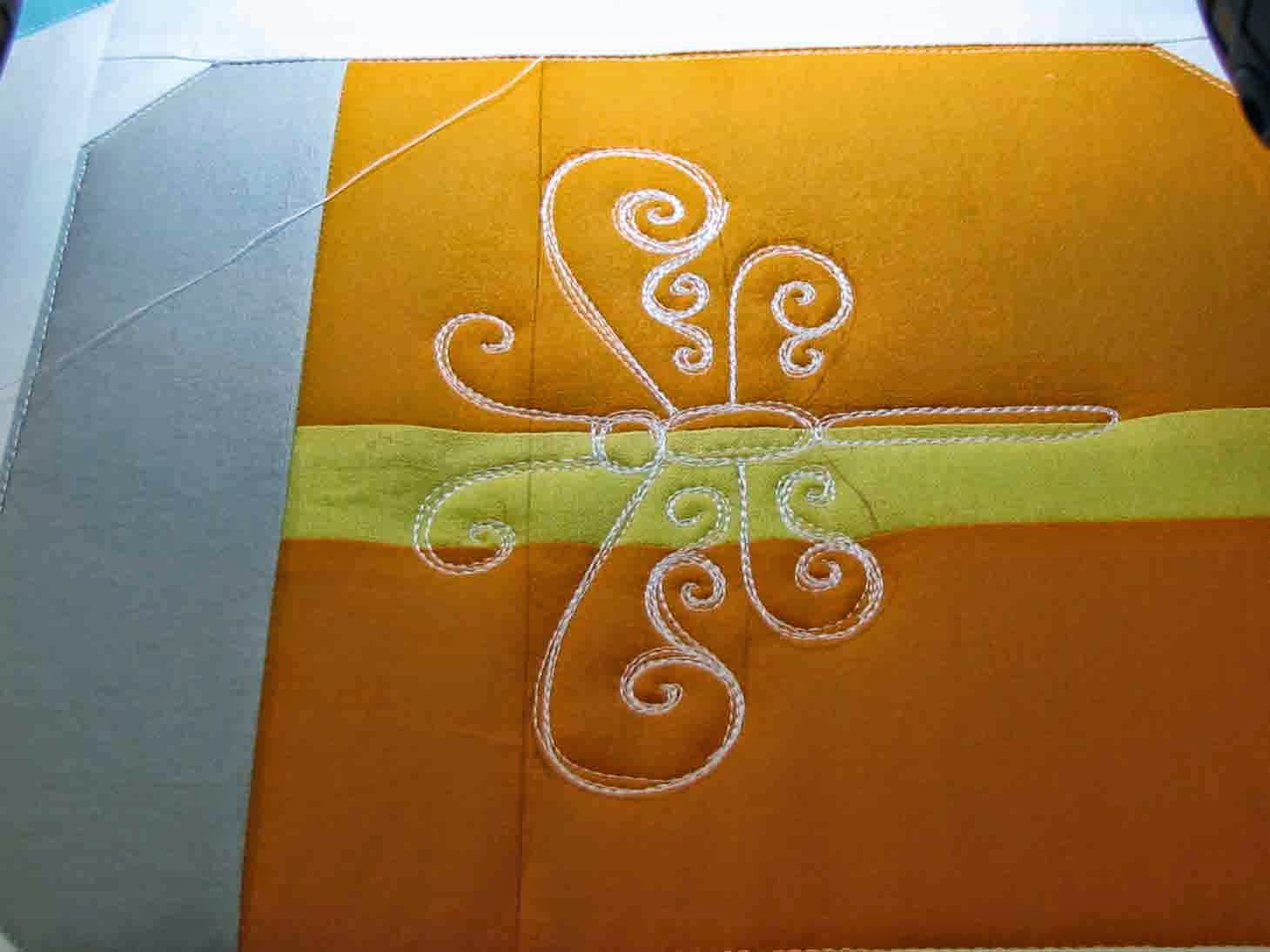 I echoed around the border dragonflies, then filled in around them. 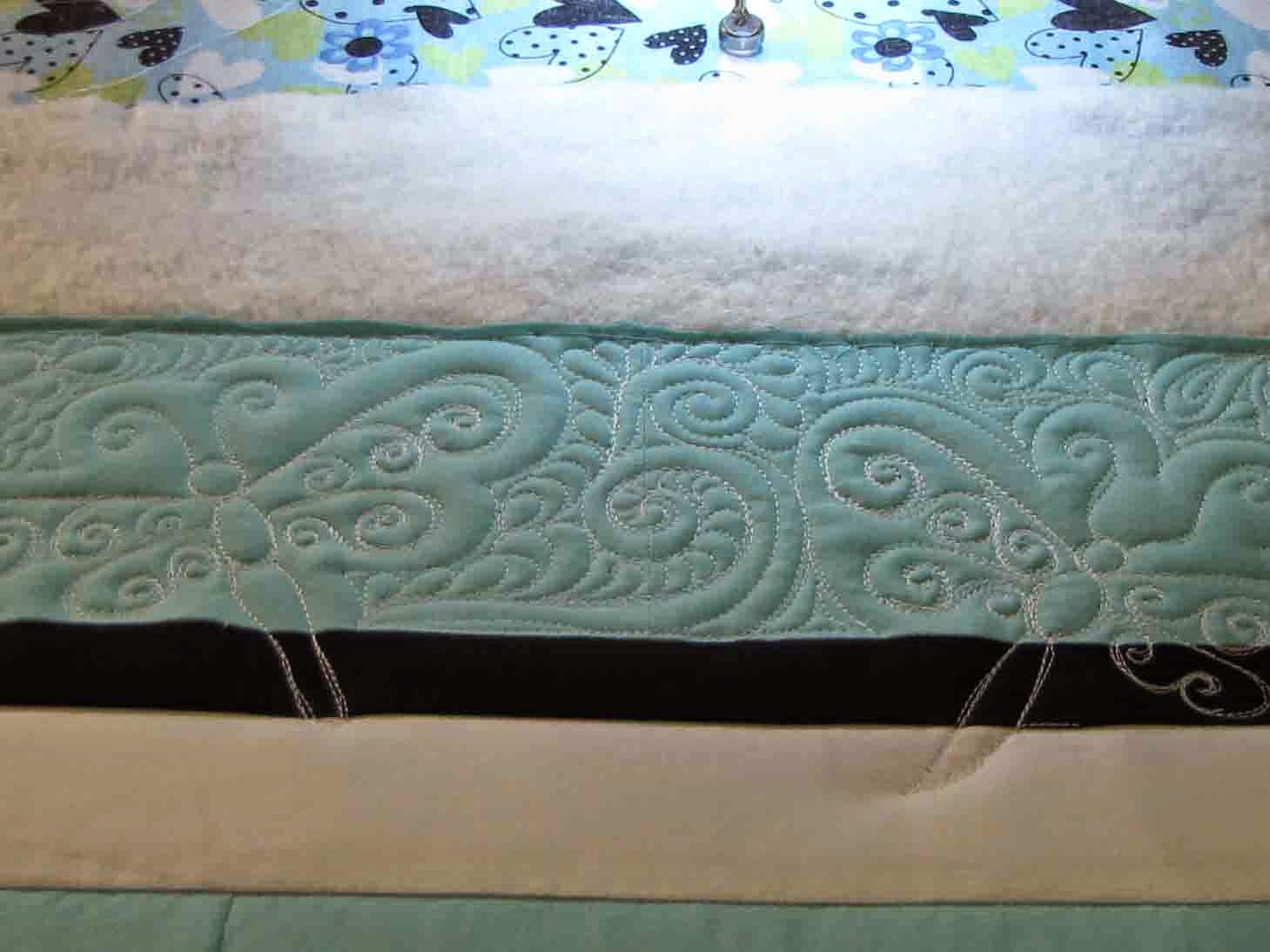 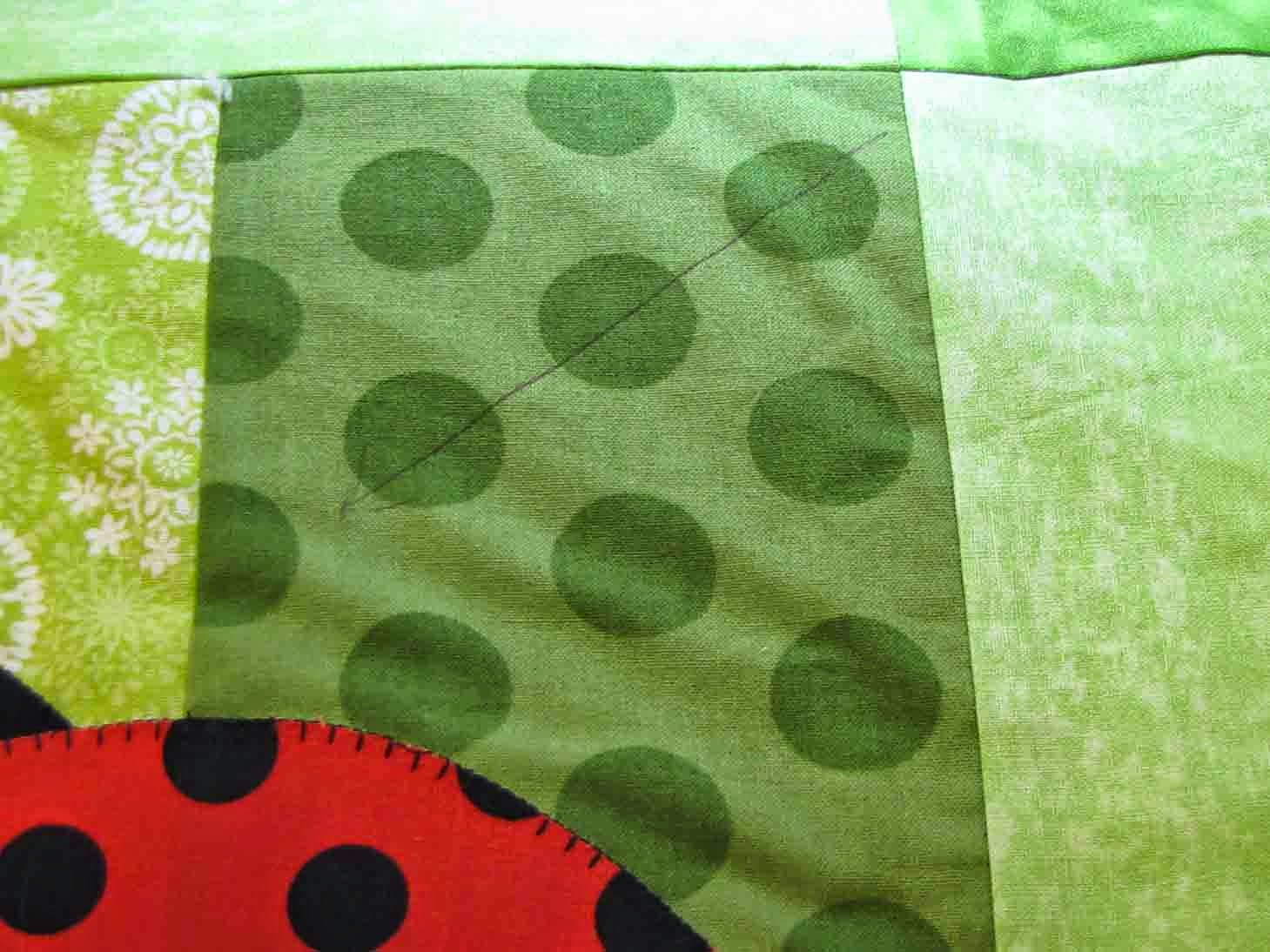 First I drew a registration line in the direction I wanted the bug to face.  This is the bug's centre line.﻿ 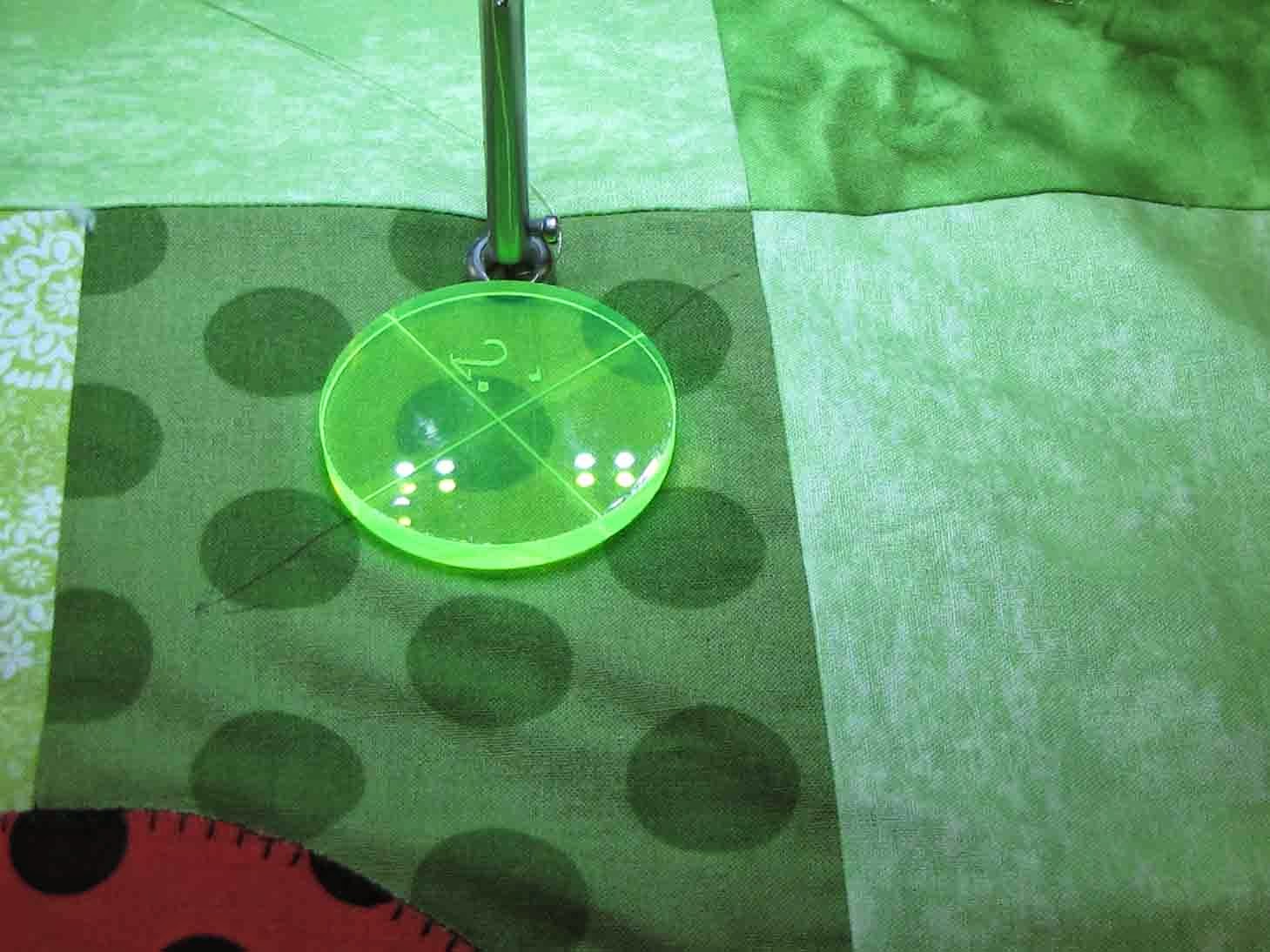 ﻿
Then I placed my 2 inch circle template in the desired spot using the line as the centre and stitched around the template - twice - so the bugs will show up a bit. 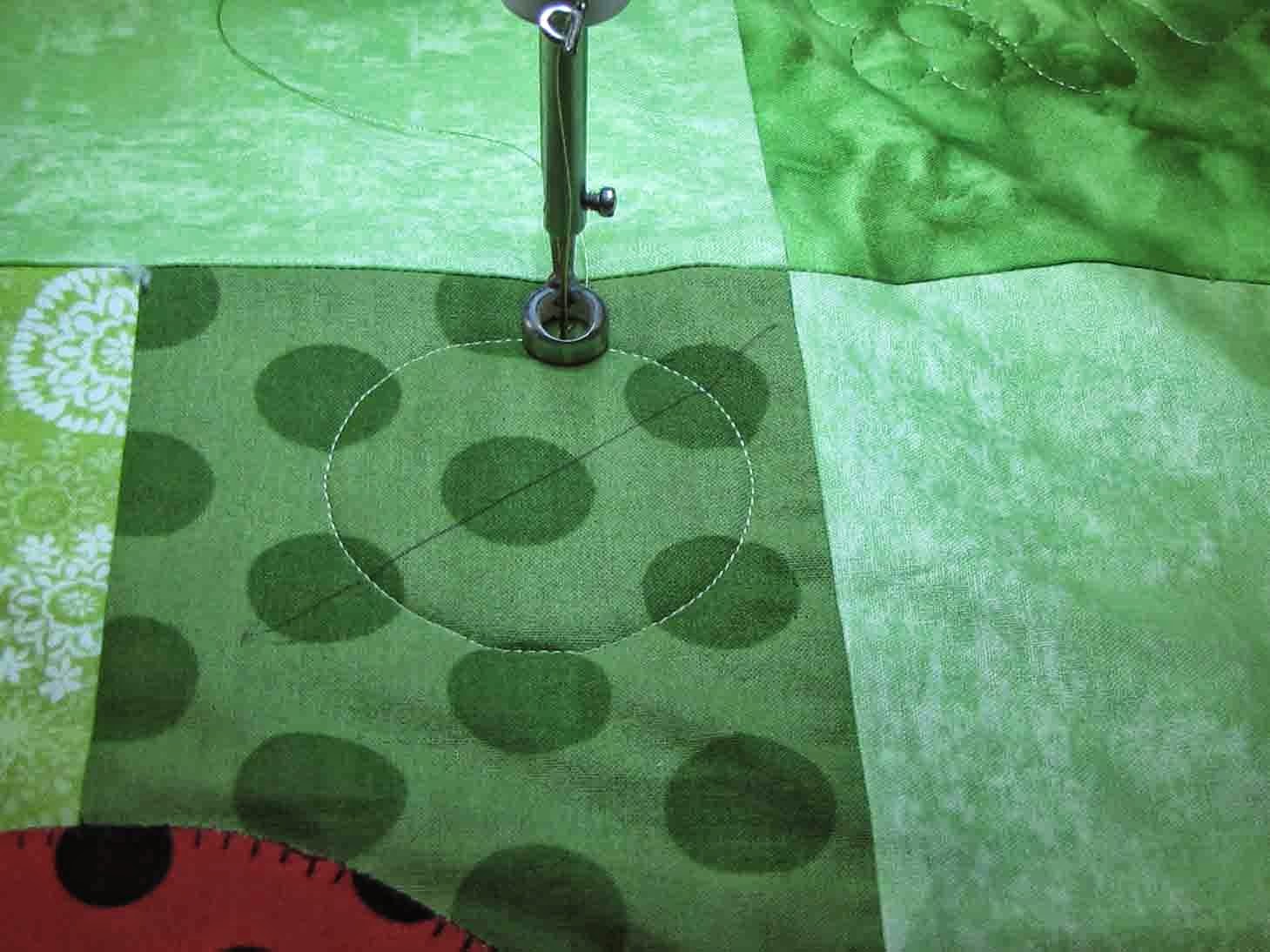 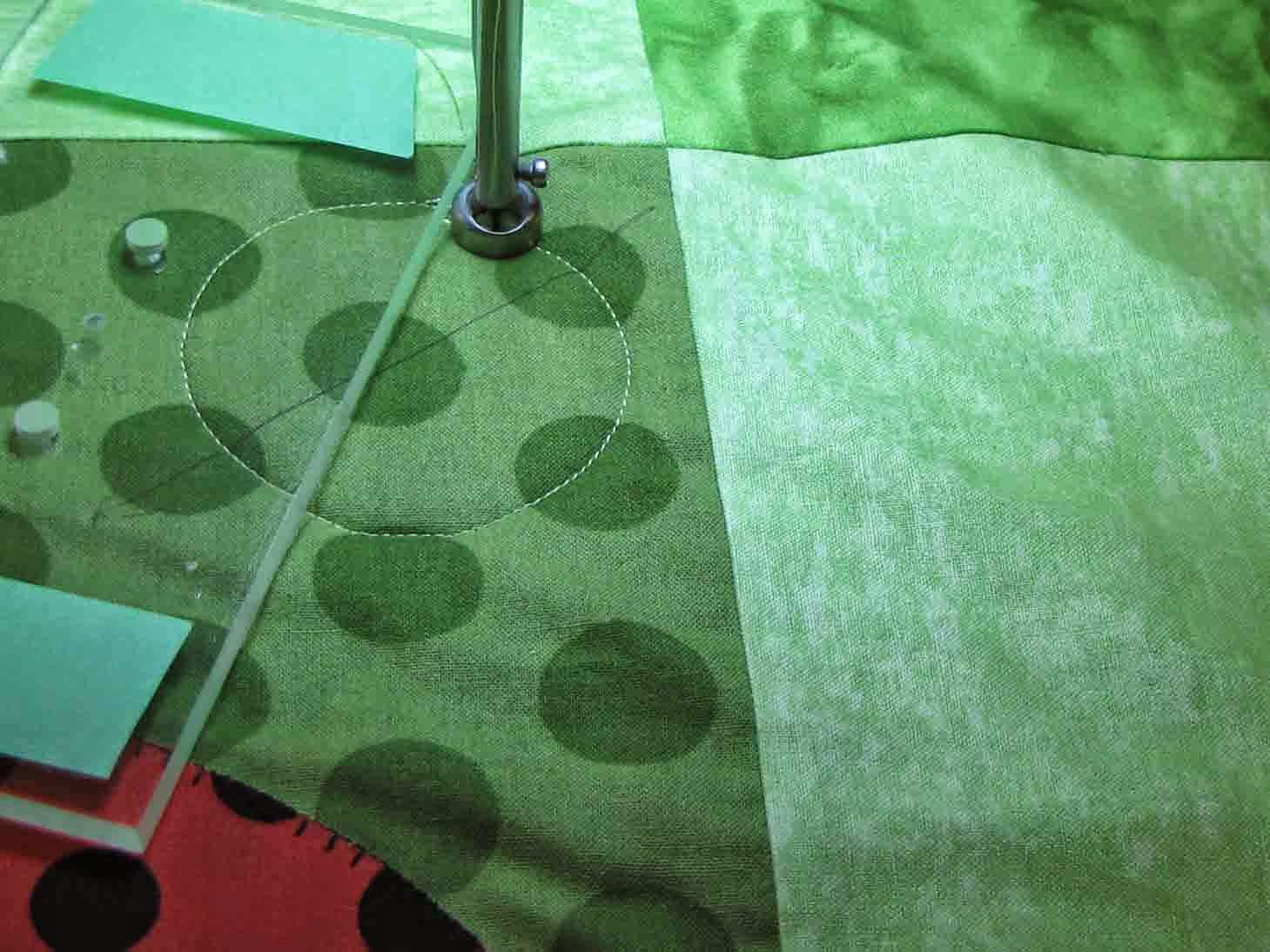 Next - stitch the "V" shape for the wings.  I used a little straight line ruler to do that.  The centre line is used again as the centre for the "V".  (Stitch this twice as well.) 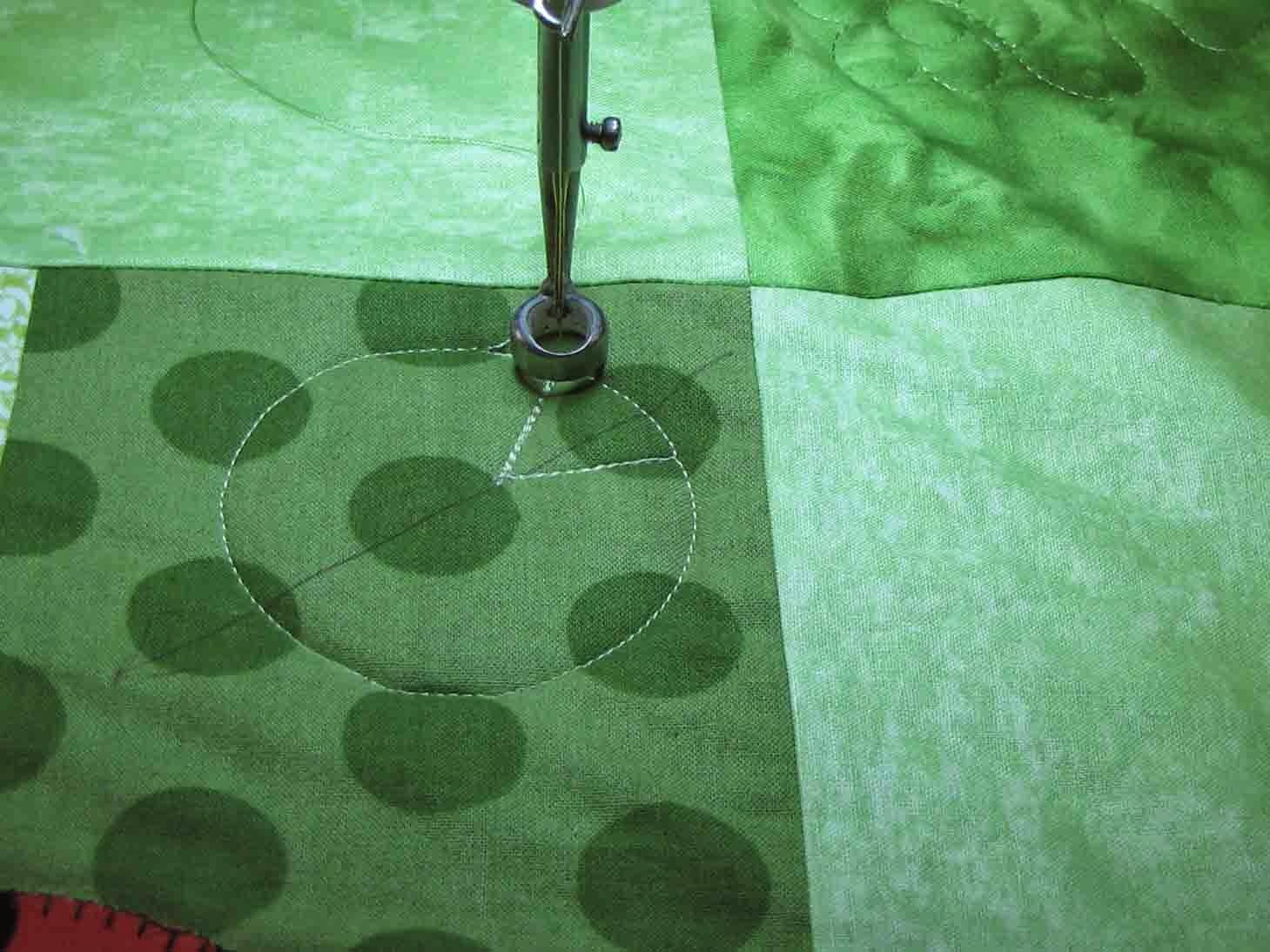 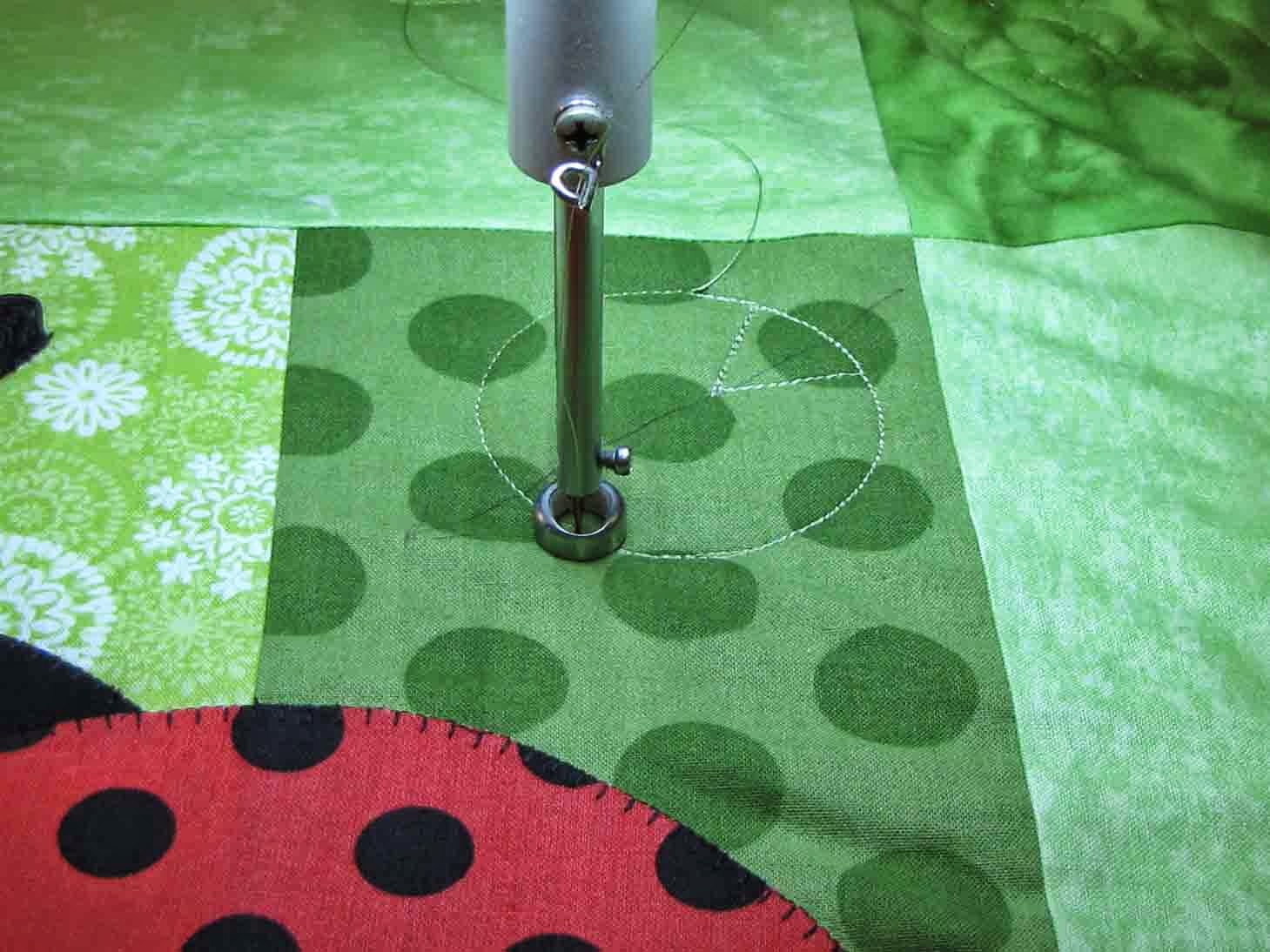 The head is next - again oriented on the centre line.  Again - stitch twice.﻿ 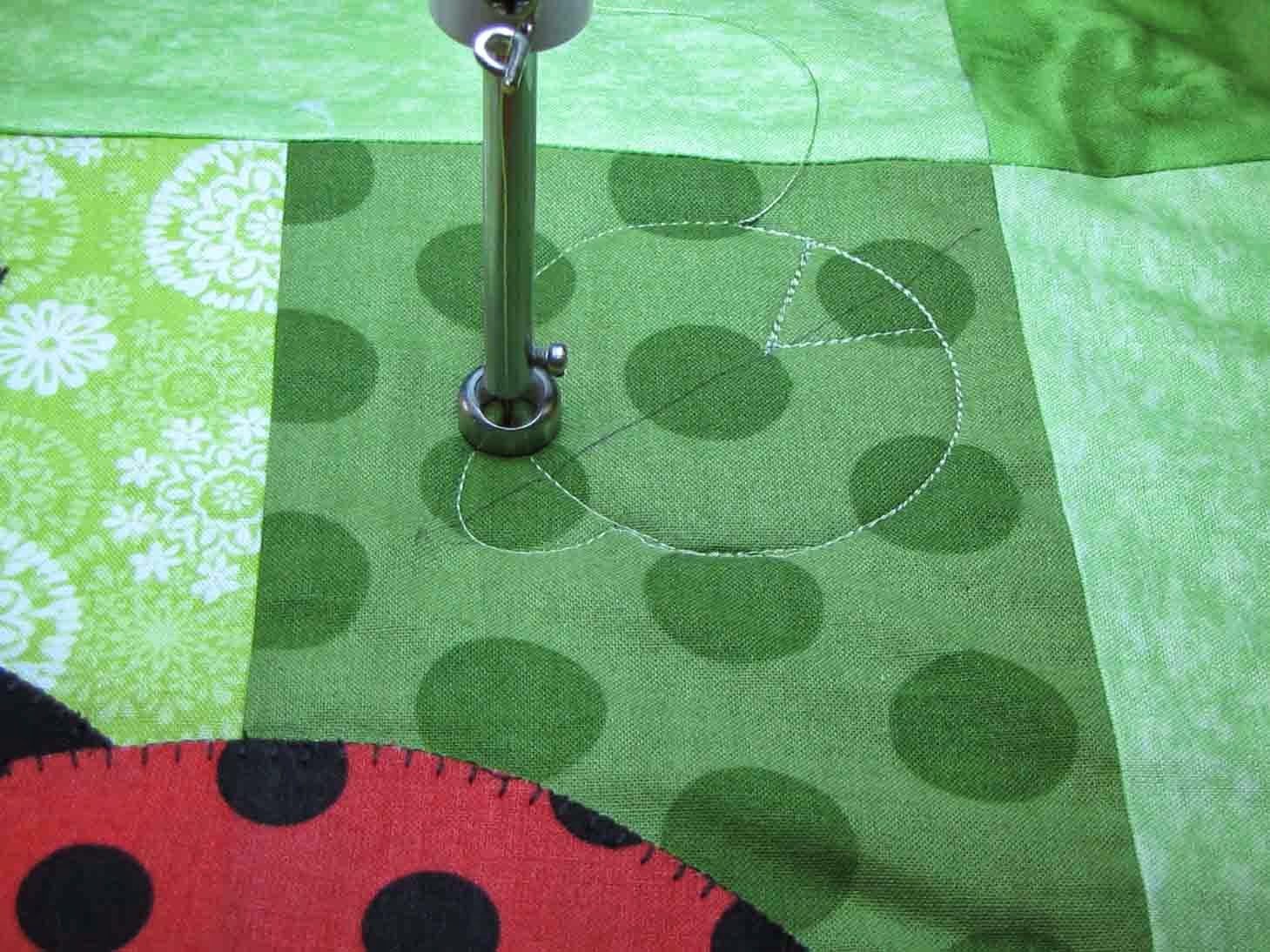 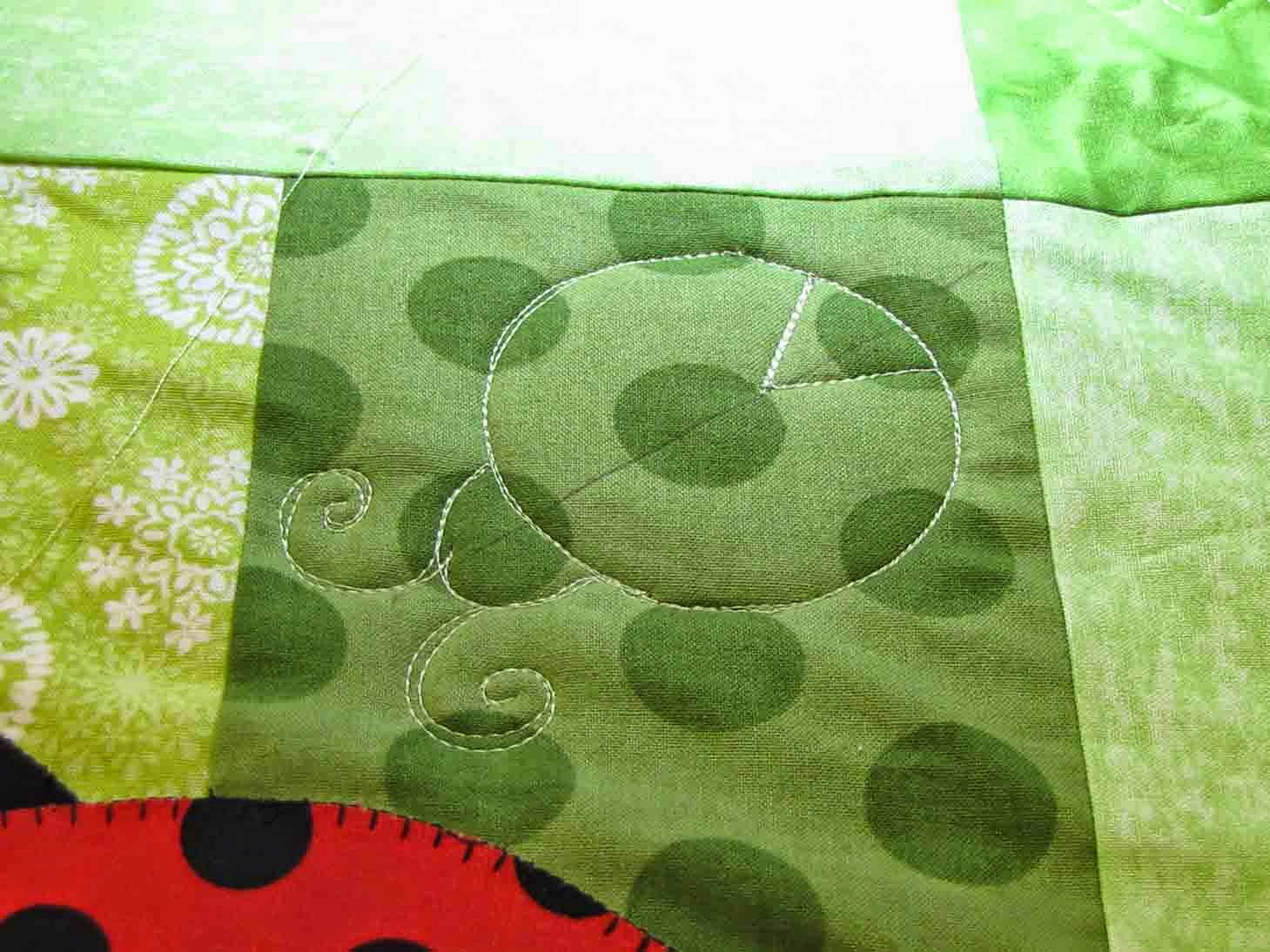 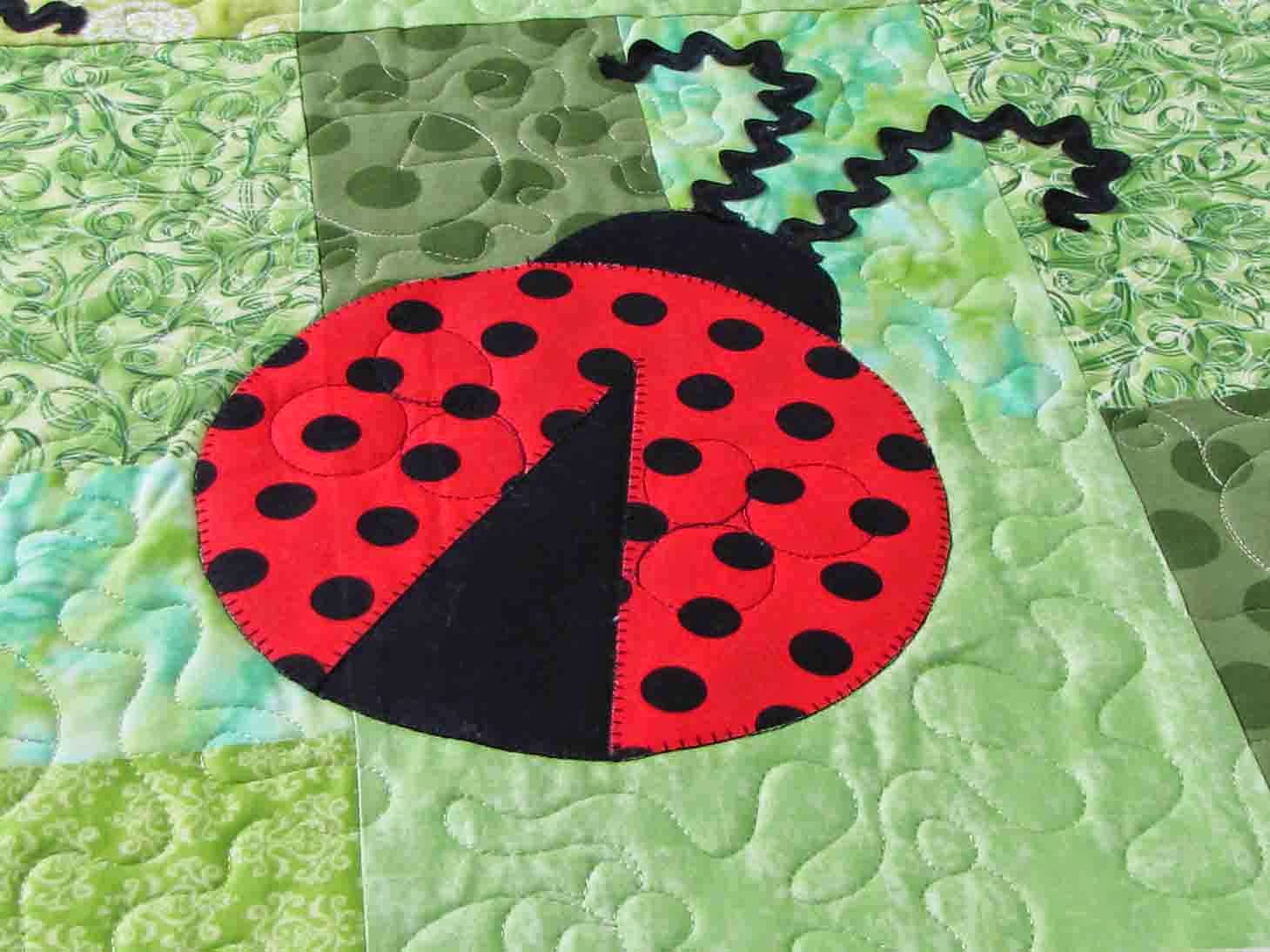 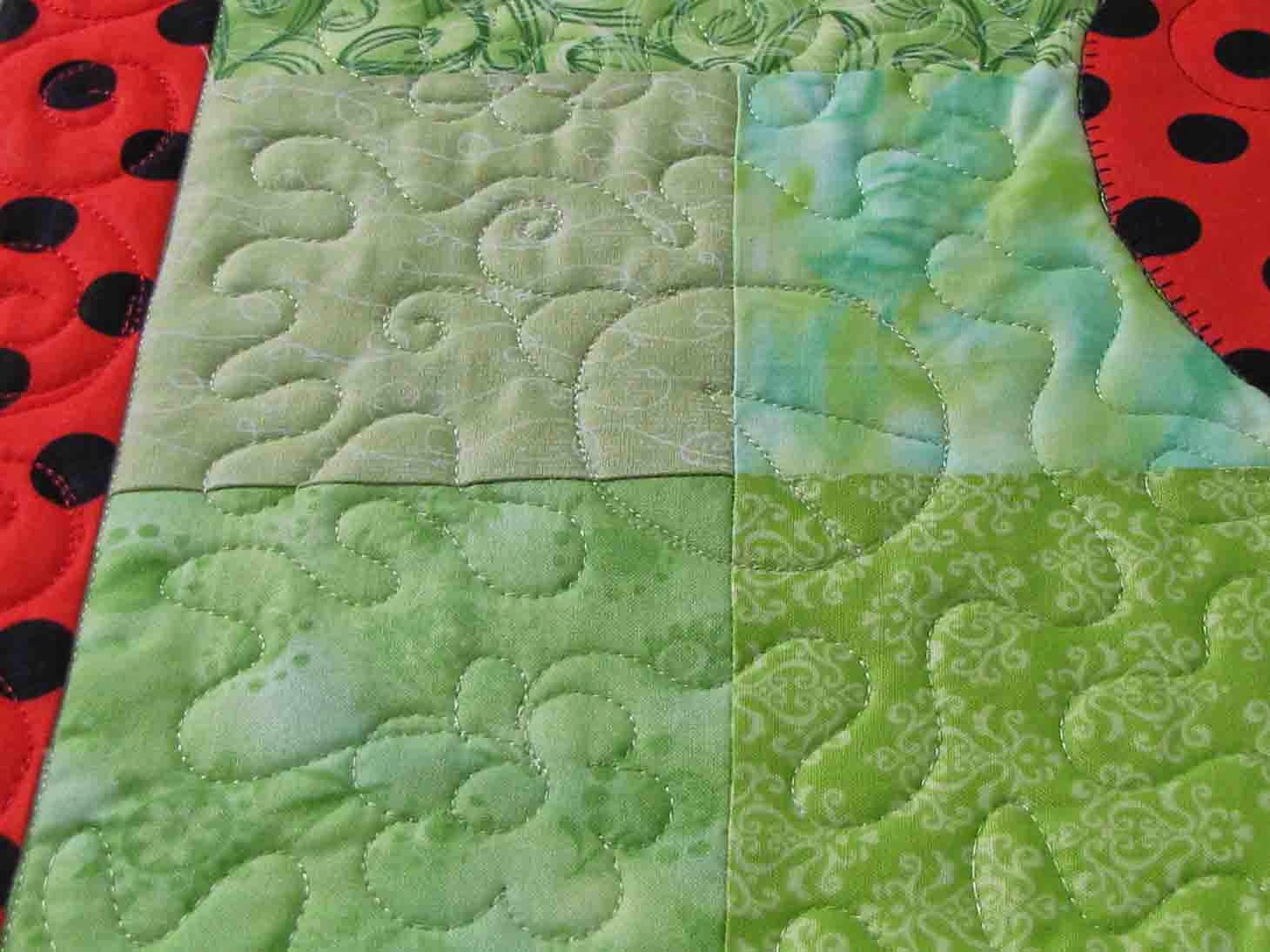 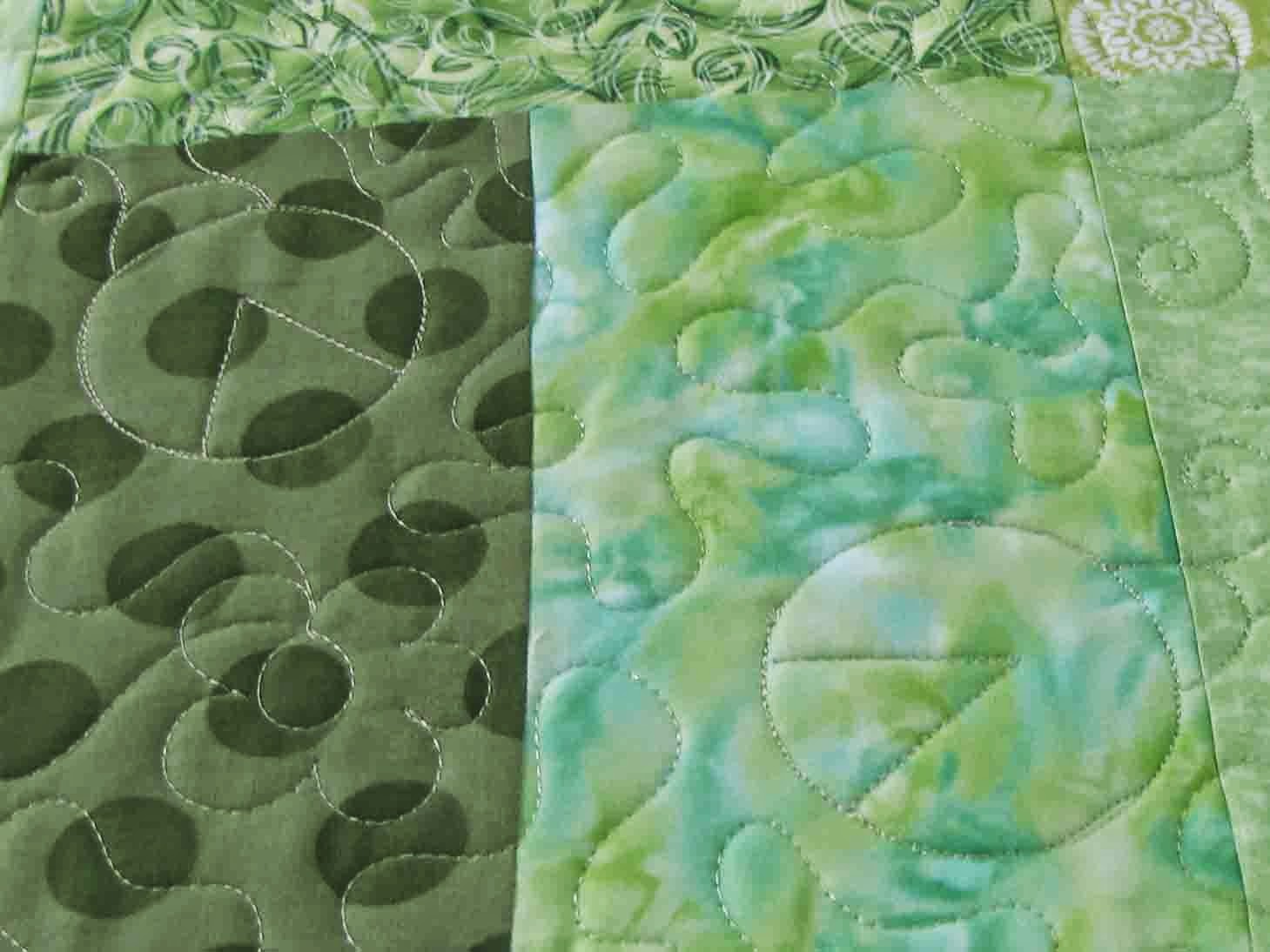 This is the way the pattern showed the quilt being quilt.  Meanders, flowers and ladybugs.  ﻿

Posted by No Rules Quilting at 4:46 PM